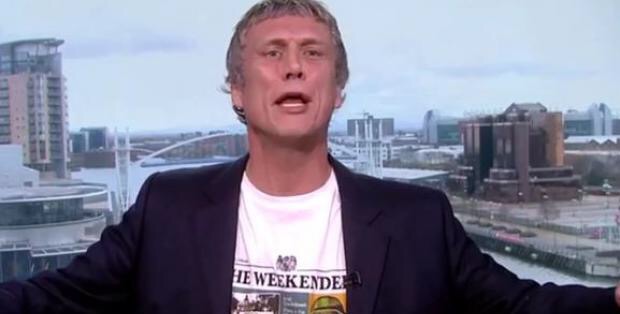 The end of the Manc accent! Well a new report by a University of York linguist shows that a rise in talking to machines and devices will impact the way we speak in 50 years, as traditional accents die out and are to be replaced with new urban dialects.

The report, Rhe Sound of 2066, co-authored by Dr Dominic Watt and Brendan Gunn, predicts that in 50 years’ time the keyboard will have become obsolete while speech becomes our main way of interacting with all digital devices and machines.

This technological advance will impact the way we talk, leading to the permanent evolution of language and dialects.

Commissioned by HSBC, the study analysed language trends from the past 50 years and major modern cultural influences to help identify future developments.

Key changes anticipated over the next 50 years include general shortening of words and simplification of pronunciations as people strive to make talking as easy as possible. Tex would replace text, or vex for vexed and think is becoming fink.

The report also details how we will see the loss of traditional accents and a rise of new urban dialects in cities like Birmingham, Manchester and Glasgow, meaning that despite being rivals, Mancunians may find themselves sounding more and more like their Scouse neighbours.
In London, it is widely believed that traditional working-class speech, Cockney, is dying out. However across the South East, the emergence of Estuary English (EE) can be witnessed – a combination of older London accent features with more standard speech forms.
Technology will continue to be a rich source of new vocabulary with words such as totes emosh, LOL and FOMO appearing more and more in every day conversation. This trend was perfectly illustrated last year when an emoji was entered into the Oxford English Dictionary.

As computers become more intelligent and advanced, it is thought that they will also start introducing new words to us which will then be incorporated into our everyday language. The report also highlights that with so many innovations in computing come from California, American English will be increasingly prominent.

Dr Dominic Watt, Sociolinguistics expert and Lecturer in Forensic Speech Science at the University of York, said: “In the future, our voices will become ever more crucial and we’ll use them to interact with the majority of machines and devices in our daily lives. Keyboards will have become obsolete and we will become completely comfortable speaking to our cars, washing machines, fridges, taxi apps and online banking services.

“Applications involving voice print technology will come to seem absolutely natural in our homes and our work places – in fact, everywhere. This, along with other cultural and geographical factors, will have a profound and long-term impact on the way we speak and the words we use.

“The popularity of ‘box set bingeing’ could be one reason behind the widespread adoption of American catchphrases and newly-minted expressions. Comedy shows in particular, such as The Big Bang Theory, Friends and The Simpsons, have had a significant influence and are likely to impact on British English in the longer run. In just one generation, the sound of our cities, work places and homes will continue to develop and evolve quite audible differences.”