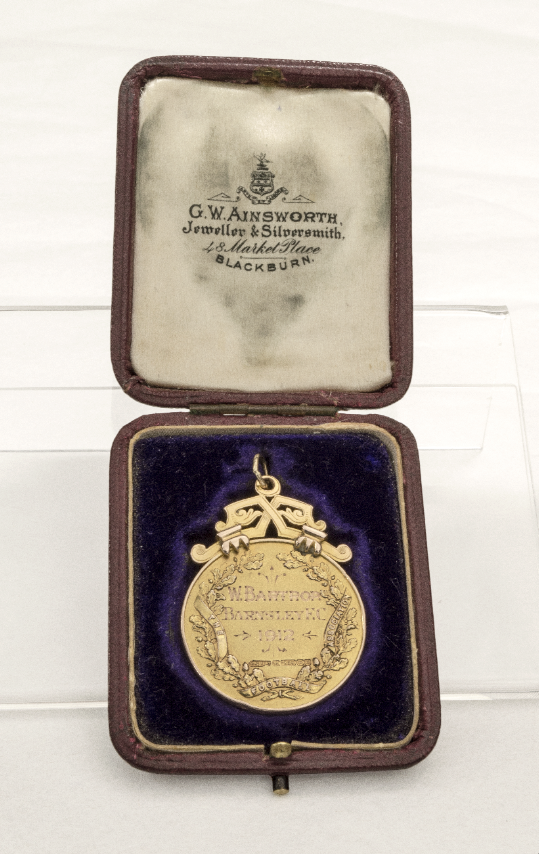 Incredible stories of football’s role at home and at the front during World War One are the inspiration behind a major new exhibition at the National Football Museum.

Entitled “The Greater Game – Football & The First World War”, the new exhibition, which is free to all visitors, opens on 19th December 2014 and commemorates the centenary year of WW1, and the roles played by a number of footballers who gave everything for their country.

By 1914 football was Britain’s most popular spectator sport and is forever connected to WWI through stories of Christmas truce matches or troops advancing behind a football.

However, there is plenty more to discover in ‘The Greater Game’, from the controversy surrounding the continuation of the 1914/15 football season during hostilities, to players of the ‘Footballers Battalion’ who fought and died.

Separating fact from fiction, the exhibition dissects the Christmas Truce matches as well as commemorating the sacrifices made by players from clubs across the land.

It includes a diary kept by Lt C.B. Brockbank of the 6th Bn Cheshire Regiment detailing the famous Christmas Day football game of 1914.

Elsewhere a ball kicked ‘over the top’ by Captain W.P. Nevill on the first day of The Somme reflects the camaraderie that was found in Europe’s bloodiest battlefields.

Other objects on display include Wilfred Bartrop’s FA Cup Winner’s Medal awarded to him in 1912 following his part in the success of ‘Battling Barnsley’ who reached the cup final in 1910 and won it in 1912.

Bartrop was the final footballer to lose his life in the conflict, as he provided trench mortar support on 7 November 1918, just 4 days before the end of the war.

Present day conflicts are noted through the lens of photographer Sean Sutton, showing men, women and children affected by armed violence and conflict in association with charity organisation, Mines Advisory Group while artist Malik Thomas has been commissioned to produce a series of artworks inspired by individual stories and artefacts in the exhibition.

Kevin Moore, National Football Museum Director said: “Even in some of the world’s darkest times, the love of football and the spirit of the game continues. This is captured beautifully in ‘The Greater Game’ with never before seen film footage and first-hand accounts.