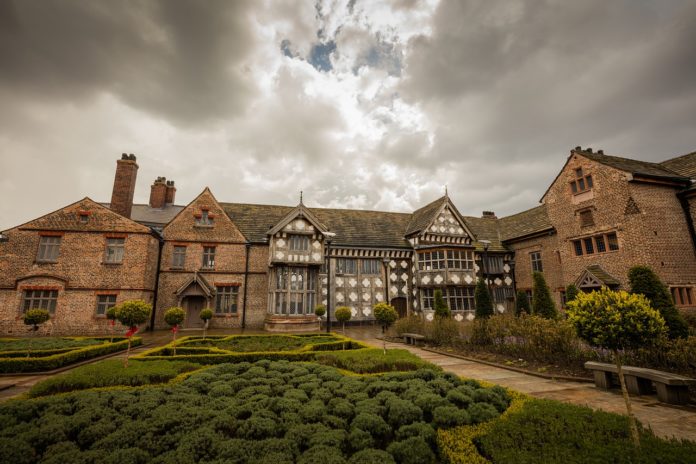 Manchester is a truly ancient city. Beginning its life as a Roman military camp in Celtic Britain, it evolved from a minor Lancastrian township to a pre-eminent industrial metropolis by the late 1800s, and it hasn’t looked back since.

Unsurprisingly, a city with so much history behind it has its fair share of urban legends, with spine-chilling stories galore for those who have an interest in the inexplicable and otherworldly. Here are a few of the most terrifying tales for you to enjoy.

The White Lady of Ordsall Hall

There are many people who hold a certain belief in the supernatural. There’s something magnetic about stories and phenomena that we can’t explain, and that draws us like moths to a flame. How many of us have visited a medium, or made a call to a psychic reading service like TheCircle to hear what’s in store for our futures? Many of us indeed, so it’s not so hard to suspend our cynicism and put some store in the tales about the White Lady of Ordsall Hall. The story goes that a spectral presence haunts the old Tudor manor, frequently appearing in both the Great Hall and the Star Chamber, which are the oldest parts of the building. Legend has it that this ghostly being is the spirit of Margaret Radclyffe, who died of a broken heart in 1599. So pervasive is the legend that those who wish to can watch live ghost cams on the stately home’s website.

The boggart of Boggart Hole Clough

Boggart Hole Clough is a beautiful urban park sited in Blackley, but despite its aesthetic appeal, it’s reported to have a rather eerie atmosphere. Though the main purpose of the ancient woodland spanning 190 acres is less-than-sinister – it is used for cross country events and bonfire displays – it also has a dark and dangerous urban legend attached to it. It is said that a boggart (a type of mischievous woodland spirit) haunts the forest, causing havoc wherever it can. Most of the tales surrounding its misdeeds are rather minor – turning milk sour and making objects disappear or dogs unable to walk – but one story tells of a farmer and his family being driven from their home by the creature. Although they did eventually return, it’s only because they realised that the being would follow them wherever they went.

The screaming skull of Wardley Hall

If boggarts sound scary, you’re sure to find this next urban legend even more unsettling. The setting is Wardley Hall, a magnificent mediaeval manor house. The Grade I listed building has sat on its current site since time immemorial, and is one of the only places in the Northwest to be mentioned in the Domesday Book. Although it currently acts as residence for the Roman Catholic Bishops of Salford, we’re surprised anyone would be brave enough to stay beneath its roof for any length of time, for it has a decidedly chilling history. Home to the preserved skull of Father Ambrose Barlow, who was hung, drawn, and quartered in 1641, it is said to be cursed, and all because of the grisly relic. Not only is the skull reputed to scream when provoked, but it is said to wreak havoc on anyone who tries to remove it from the building, and is indestructible to boot.

Tell us, if you could avoid visiting any one of these spine-chilling spots, which of them would top your list?