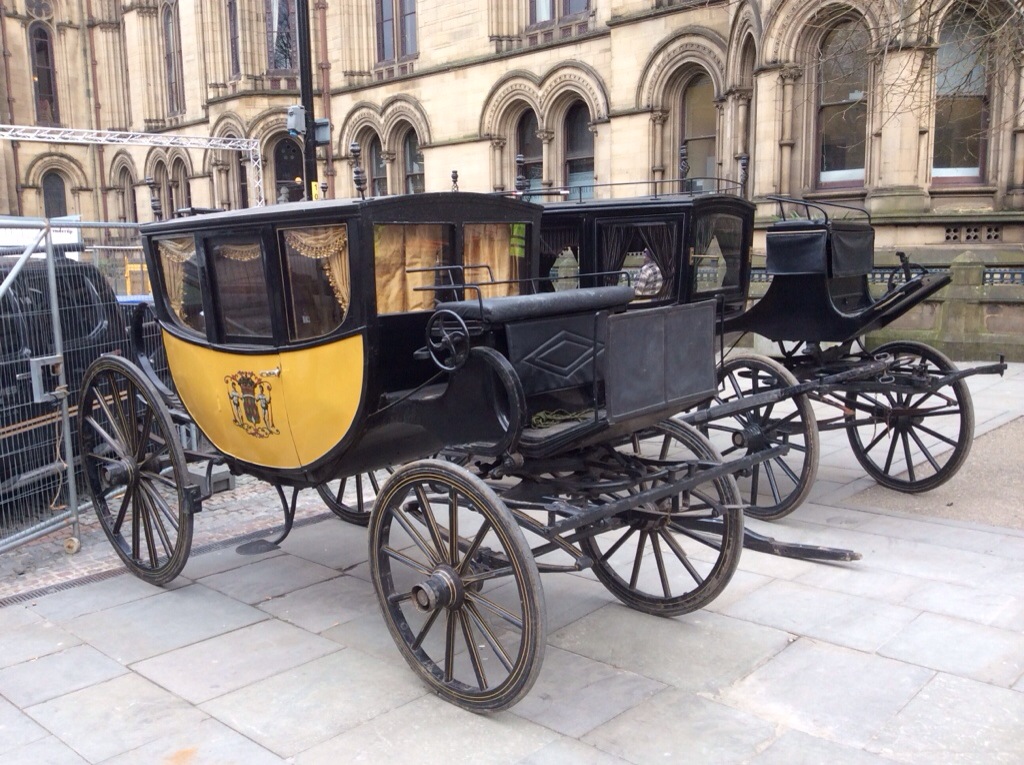 If you have been wondering why Albert Square has once again been cordoned off, the reason today became apparent.

Apparently we are told that the central quadrangle of the town hall has been transformed into a Victorian shopping arcade. Meanwhile Albert Square itself is being used as the filming base with grazing gothic horses and carriages, various vehicles and mobile restaurants.

The film, directed by Paul McGuigan, and also starring Jessica Brown Findlay and Andrew Scott, is due for release in early 2015 and is described as a sci-fi take on the classic story about a creature produced through a scientific experiment. The Hunchback character which will be played by Radcliffe, is described as pathologically dirty and dressed in old clowns clothing.

Airport windfall but what will they spend it on?