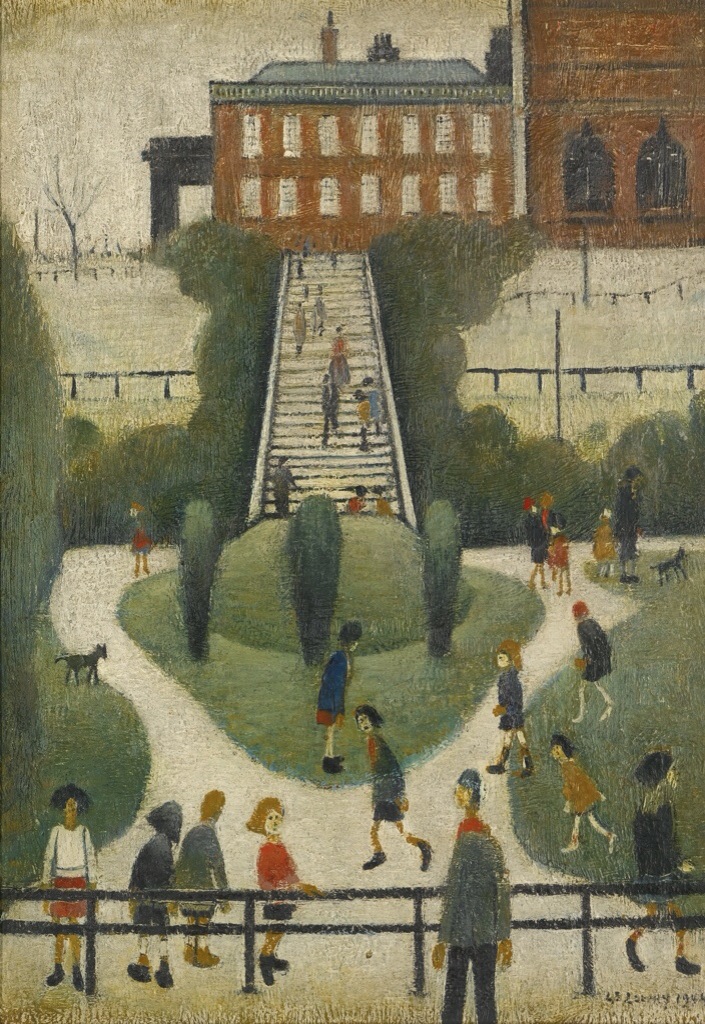 Fifteen paintings by L.S. Lowry are up for auction tonight in London and are expected to reach at least £15 million at auction later this month.

They come from the A.J. Thompson Collection, and as well as featuring some of Lowry’s most well-known masterpieces and scenes from Manchester and Salford, they include two of the artist’s depictions of Piccadilly Circus in London as well as a painting of Peel Park in Salford

A.J. Thompson first started collecting paintings by Lowry in 1982, and never collected works by any other artist.He also owned four racehorses whom he named in honour of the artist, Mr Lowry, Salford City, Salford Mill and Salford Express.

Thompson, who died last year, was the first collector to bid over half a million pounds at auction for a Lowry painting, when he bought the smaller version of Piccadilly Circus in 1998, and a little over a decade later he would bid many times more in order to secure its larger companion at the sale of Lord Forte’s collection in 2011 . As one friend remembered, ‘When it was a picture he wanted, he was as brave as a lion’.
.

The defenseless people were sabred, stabbed, shot, pressed down and trampled by the horse...