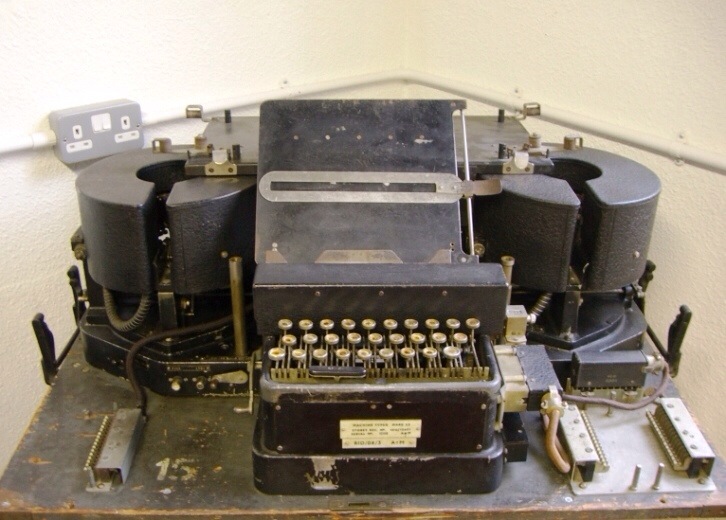 A former Longsight resident who worked at Bletchley Park during the Second World War using the once classified Type X machine, has returned to the famous code breaking site ahead of the 70th anniversary of D-Day in June.

The RAF’s air superiority before, during and after D-Day was pivotal because it meant the Allied invasion could take place largely unchallenged by the Luftwaffe above, or by U-boats below.

Now living in Crewe, Sgt Morgan was a 20-year-old code and cipher operator in June 1944. His unit was No. 83 Group Control Centre, part of the 2nd Tactical Air Force.

The first three days after D-Day, 6 June, we were on a ship moored a few hundred yards off Gold Beach. We couldn’t start operating our equipment because the Army hadn’t advanced quite as far as they’d wanted to. Our equipment was so highly sensitive that we couldn’t risk it being captured by the enemy, otherwise everything on our unit would have to have been destroyed.

“Follow your spirit and upon this charge cry ‘ God for Harry, England and...