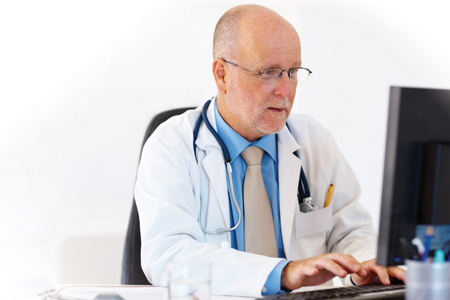 A study has estimated that around three million Britons – or 7.6 % of the country – believe they have experienced a harmful or potentially harmful but preventable problem in primary healthcare.

The research by University of Manchester epidemiologists and patient collaborators, also estimates that 1.5 million people believe their health has been made worse by a problem which could have been prevented.

The findings revealed a large divide between the opinions of patients and clinicians: of the 7.6% of preventable-problems reported by patients, clinicians said only a small percentage might be potentially harmful.

The figures are based on a representative survey of 4000 people which looked at the experience of respondents over the previous 12 months. The survey was carried out in England, Scotland and Wales, and was designed and analysed by the Manchester team, which includes patients.

It is published in BMJ Open and funded by the NIHR Greater Manchester Patient Safety Translational Research Centre..

Problems reported by patients which could have been avoided included a patient prescribed medication without necessary blood tests resulting in hospital admission and cardiac arrest,Dentists extracting the wrong teeth and a GP failing to spot the dangers of chronic nose bleeding over several months, which turned out to be cancer.

A GP also failed to identify that a new mum had a retained placenta – a potentially life threatening condition.

Around 20% of the problems reported by patients involved prescribing of medicines and 12% involved late, and missed or wrong, diagnoses.

A further 15% were communications problems – such as apparent lack of interest, not listening to patients and not passing on important information.

Around 70% of the problems reported had occurred in general practice, and another 9% in dental surgeries.

Dr Jill Stocks from The University of Manchester, who led the study, said: “Our survey suggests there are probably a large number of patients in Great Britain who believe they have experienced a potentially-harmful preventable problem in primary care.

“Importantly, only around half of the patients discussed their concern with somebody working in primary care yet those that did retained a higher level of confidence and trust in their GP.”

However, we need to develop ways for patients to raise problems in care easily and discuss them with clinicians, not only to make primary care safe but, crucially, to ensure it is felt to be safe by patients. Trust is an essential part of safe care.

Professor of General Practice Aneez Esmail from The University of Manchester, was also part of the research team.

He said: “This study shows that the views of patients are important when something goes wrong, irrespective of whether significant harm is caused.

“We also show that working with patients when something has gone wrong can help re-build trust with the GPs and other clinicians.”

Paul Ince calls for more men to support England in a way that really...