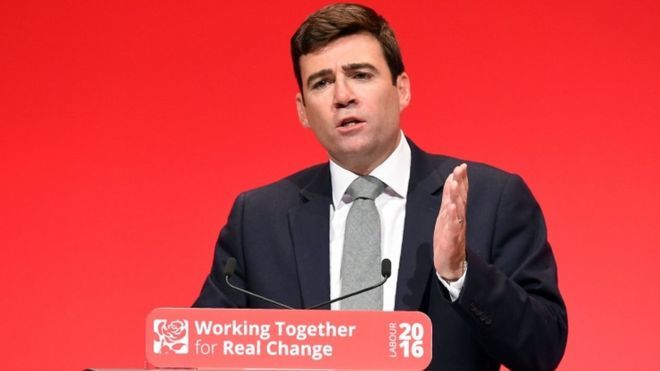 Greater Manchester’s Mayor Andy Burnham will demand today that the English regions have a permanent seat at the Brexit table to ensure the negotiations are not dominated by single interests like the City of London.

Currently the devolved nations of the UK, as well as its overseas territories, meet formally and regularly with the Government, but no such arrangements are in place for the English regions.

That means the Government has given the Cayman Islands, with a population smaller than Bury and an area smaller than the Isle of Wight, more of a say over the Brexit negotiations than Greater Manchester, which has a population of 2.8m.

In a keynote speech at the Local Government Association later, Andy Burnham will call on the Government to establish a cabinet committee for metro mayors and the British regions and nations to put Greater Manchester on an equal footing, and ensure all parts of the UK have their voices heard.

The Mayor is expected to say: “Brexit has major implications for Greater Manchester and the rest of the English regions. We must ensure that our interests are heard and protected.

“If the Government fails to listen to our concerns it will raise fears that we are heading towards a London-centric Brexit dominated by the City of London and the financial services industry.

“It cannot be right that Britain’s overseas territories, such as the Cayman Islands and the British Virgin Islands, have a permanent seat at the Brexit table whilst we are denied one. Greater Manchester is ready to play our part and make a constructive contribution to the process of leaving the European Union.

“I am also concerned about the very real risk that Brexit will be dominated by the City of London and the financial sector. By giving a formal, meaningful, seat at the Brexit table to the regions we can ensure the needs and aspirations of all sections of our economy and society are represented.

“That’s why I’ve written to Brexit Secretary David Davis to demand that we are given an equal footing and a permanent seat at the table.”

Sir Richard Leese, Deputy Mayor (portfolio lead for business and the economy) and Manchester City Council leader, added: “We need to ensure that our interests are protected, from our world-class academic university research facilities, to our manufacturing industries, our creative sector, and our voluntary and community sectors. We also need to send out the message that we are still an outward-looking international city where people of different backgrounds, including the European citizens who have based themselves here, feel welcome.

“Greater Manchester’s relationship with Europe is necessary for the success, not just of our region, but for the whole of the UK.”

107 years and four months in prison for Salford gang members