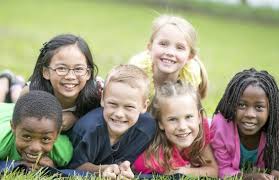 New data from MoneySuperMarket has revealed Manchester is one of the top five cities in the UK in which to raise a family.

The data came from “The Family Living Index”, a guide created to give parents – or soon to be parents – an understanding of the areas of the country which give parents the best environment in which to raise their child.

So, who else made up the top five?

Bath – Bath jumped four places to grab the top spot, seeing improvement across almost all categories and a rise in the average salary at £34,686 – notably higher than the national average at £31,966. Bath also owes its spot due to highest job availability of all cities analysed, with 13.76 jobs per 100 capita.

Newcastle – Last year’s top spot, Newcastle dropped into second place despite posting strong results across almost all categories including an increase in disposable income at £19,190 on average. The demotion is in part due to the city seeing a reduction in job opportunities.

Wolverhampton – This year Wolverhampton scores highly on jobs and affordable housing, with an average house price of £141,458. However, it missed out on the top two spots due to a lack of local parks.

Manchester – Although Manchester was low on availability of green space, house prices are comparatively low at an average of £173,381. Schools and income improvements, alongside a significant reduction in burglary rates, saw Manchester jump 12 places into the top five.

Swansea – The welsh city scraped into the top five thanks to the highest park score of all cities analysed per 100,000 capita. Additionally, Swansea also saw an increase in the average household disposable income to £15,604.

You can take a look at the full index here – https://www.moneysupermarket.com/life-insurance/best-family-cities/