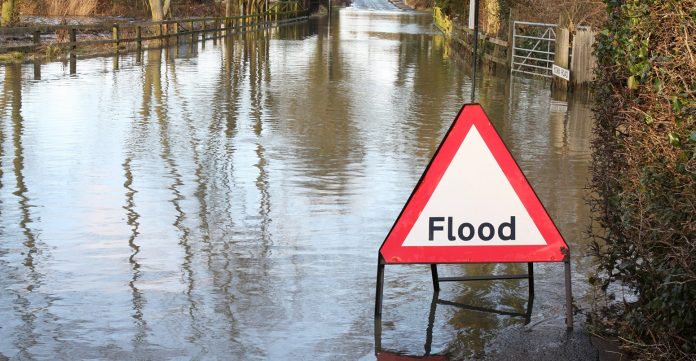 A Landmark study shows the impact of flooding, droughts and heatwaves by 2050-2100 will exceed previous predictions.

The research, by Newcastle University, UK, has for the first time analysed changes in flooding, droughts and heatwaves for all European cities using all climate models.

Published in the academic journal Environmental Research Letters, the study shows that there will be a worsening of heatwaves for all 571 cities, there will be increasing drought conditions, particularly in southern Europe and an an increase in river flooding, especially in north-western European cities

Cork, Derry, Waterford, Wrexham, Carlisle, Glasgow, Chester and Aberdeen could be the worst hit cities in the British Isles for river flooding while even in the lowest case scenario, 85% of UK cities with a river are predicted to face increased river flooding.

The research used projections from all available climate models (associated with the high emission scenario RCP8.5 which implies a 2.6°C to 4.8°C increase in global temperature), the team showed results for three possible futures which they called the low, medium and high impact scenarios.

The study shows that even the most optimistic of these – the low impact scenario – predicts both the number of heatwave days and their maximum temperature will increase for all European cities.

For changes in droughts and floods, the cities which are affected depend on the scenario. For the low impact scenario, drought conditions only intensify in southern European cities while river flooding only worsens in north-western ones.

The British Isles have some of the worst overall flood projections. Even in the most optimistic scenario, 85% of UK cities with a river – including London – are predicted to face increased river flooding, while for the high scenario, half of UK cities could see at least a 50% increase on peak river flows. The cities predicted to be worst hit under the high impact scenario are Cork, Derry, Waterford, Wrexham, Carlisle and Glasgow and for the more optimistic, low impact, scenario are Derry, Chester, Carlisle, Aberdeen and Glasgow.

“Although southern European regions are adapted to cope with droughts, this level of change could be beyond breaking point,” Dr Selma Guerreiro, lead author, explains.

“Furthermore, most cities have considerable changes in more than one hazard which highlights the substantial challenge cities face in managing climate risks.”

The implications of the study in terms of how Europe adapts to climate change are far-reaching, says Professor Richard Dawson, co-author and lead investigator of the study.

“The research highlights the urgent need to design and adapt our cities to cope with these future conditions.

“We are already seeing at first hand the implications of extreme weather events in our capital cities. In Paris the Seine rose more than 4 metres above its normal water level.  And as Cape Town prepares for its taps to run dry, this analysis highlights that such climate events are feasible in European cities too.”

The big December freeze set to spur over 247,000 Mancunians to book a holiday...