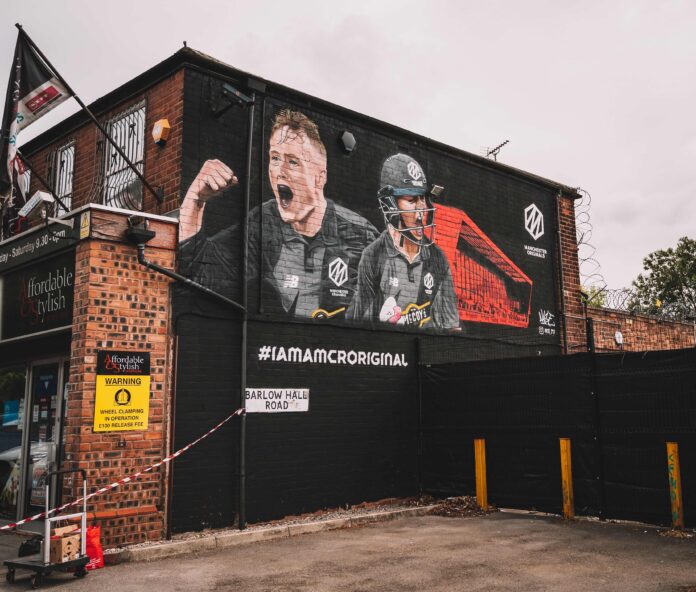 Some of the world’s best cricketers, hottest music acts and finest independent food vendors are coming together as Manchester Originals get underway in the exciting new cricket competition – The Hundred.

With the first ball bowled on Wednesday 21st July, Originals fans can look forward to four home games at Emirates Old Trafford, with a distinctly Mancunian day out centred around the city’s very best music, sport and food.

The Hundred is a brand-new 100-ball cricket competition where the Manchester Originals will compete against seven other new teams in men’s and women’s competitions. Emirates Old Trafford with host the team’s first home game on Sunday 25th July, with tickets starting at £12 for adults and £5 for under 16s.

The entertainment on the pitch is set to be matched off it with an all-star music line-up, with each game hosted by BBC Radio Manchester’s DJ Roesh.

Wigan band The Lathums will kick things off with a set at the team’s first home fixture (25th July), with The Orielles (28th July), Porij (5th August) and award-winning Manchester band Everything Everything (10thAugust) each taking to the stage. The performances are part of a collaboration between The Hundred and BBC Music Introducing to soundtrack the six-week competition.

Elsewhere in the ground, EATMCR will be curating a unique food offering for Manchester Originals’ four home games, so spectators can look forward to a diverse food offering from the city’s finest independent food vendors. The first to be announced for all four fixtures are A Few Scoops Ice Cream and Triple B, Prestwich’s famous bagel burger company, whilst Manchester-born Crunched Tacos will be serving at the latter three fixtures.

Kate Cross, Manchester Originals’ Women’s captain, said, “It’s going to be great playing for the very first time in this competition and The Hundred has been a long time coming. This is a huge opportunity for our game and is going to be a fantastic six weeks that will undoubtedly bring new fans to the sport. I can’t wait to get started in front of the fans again at Emirates Old Trafford.”

DJ Roesh, who will be DJ for all of Manchester Originals’ home games, added, “Having been born and raised in Old Trafford, it’s a big moment for me to be able to play and create an atmosphere in front of a big crowd at Emirates Old Trafford!

I can’t wait to feel the ground bouncing to the original sounds off the pitch and the Originals creating history on it!”