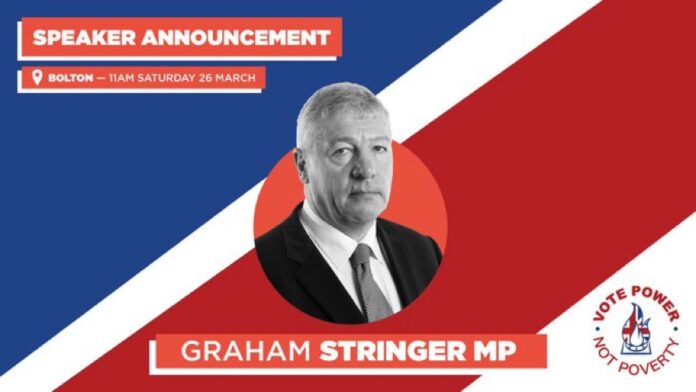 The Labour MP for Blackley Graham Stringer is to share a platform with Nigel Farage, at the launch of an anti-net zero campaign for a referendum on policies to tackle climate change

The MP who is a trustee of the Global Warming Policy Foundation, the most prominent climate crisis-denying group in the UK will also share the platform along with Reform UK leader Richard Tice and the broadcaster Julia Hartley-Brewer st an event this Saturday in Bolton.

“Not happy with being one of the advocates of a hard Brexit, Nigel Farage has now turned his sights on the climate emergency. Though not unexpected for someone as toxic as Farage he now, however, counts among one of his supporters Blackley & Broughton Labour MP, Graham Stringer.”

One in nine adults struggled with mental health during pandemic, find researchers