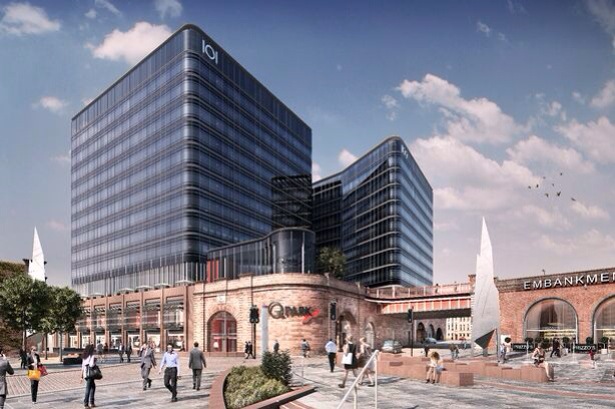 Work is set to start in June on the next phase of construction overlooking Greengate square in Salford after it has emerged that a London property investor is buying into the Ask Developments’ office scheme.

On Friday it was announced that Tristan Capital Partners is paying around £20m to buy out the interest held by Network Rail which owns the land, which formerly was Manchester’s Exchange Railway station.

The Greengate embankment scheme is set to be a major new regeneration intended to breathe new life into the historic relationship between Salford and Manchester, unique in the UK as the only place where two cities touch.The total scheme hopes to bring in £400m of private investment and create 5,200 jobs.

Manchester Town Hall to be lit in Tricolore for three days as book of...