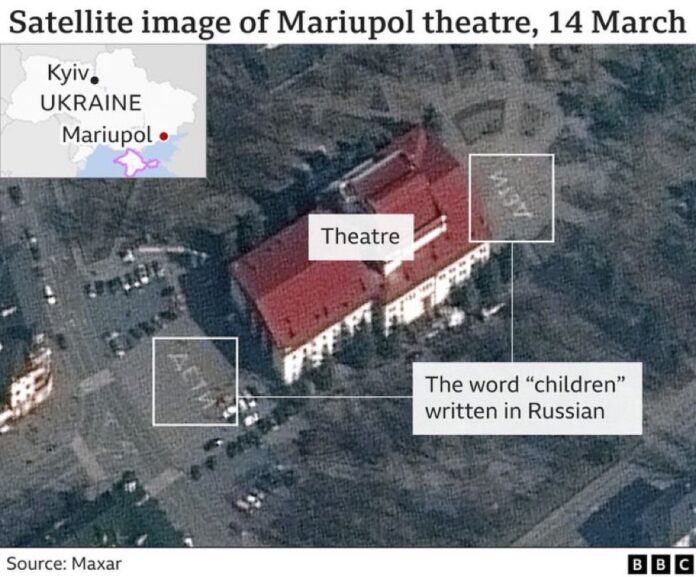 A local school was damaged and a local community center destroyed after Russia attacks a city of Merefa in Kharkiv Oblast.

Yesterday saw a bomb attack on a theatre in Mariupol where according to Human Rights Watch at least 500 civilians were taking shelter.

Satellite imagery taken on March 14 by the private U.S. company Maxar Technologies showed that the word “children” had been written in Russian outside the Mariupol theatre.

However, the Russian forces again haven’t allowed a humanitarian aid convoy to enter the besieged city.

In a video address to Ukrainians early this morning, President Volodymyr Zelenskyy said Russia was a “terrorist state” and called on the West to impose more sanctions.

In an answer to a journalist’s question, Biden said that he believed that Putin was a war criminal.

The U.S. administration had previously stopped short of labeling the atrocities committed in Ukraine as “war crimes.”