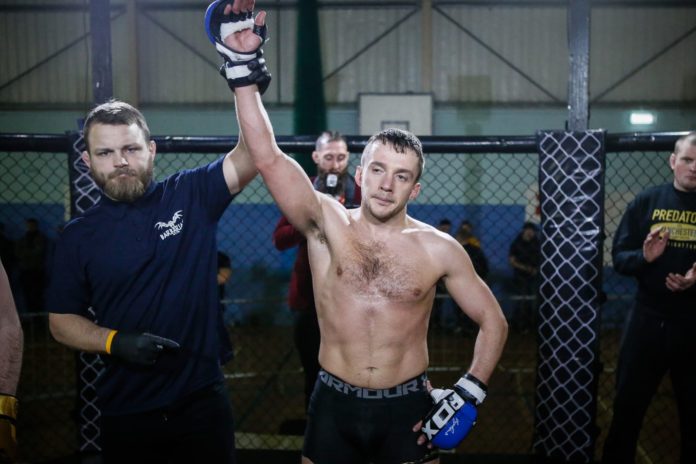 Mixed Martial Arts is one of the fastest-growing sports in the world at the moment. We spoke to Darius Mafi, an undefeated two promotional amateur champion from Manchester, ahead of his professional debut on 7th December.

For the readers could you give a little background on your amateur career?

My amateur career started at the end of 2016, finishing the fight in under a minute but then had 2 different, serious injuries back to back that kept me out until 2018.

It was a frustrating time because I couldn’t get fights had people turn me down left right and centre, pulling out the week etc it was really frustrating.

In the end, Cameron Chamberlain was the first game person to follow it all the way through, and it was a good fight.

Most thought it was the fight of the night and after not fighting over a minute in my previous 3 fights this fight went 5 rounds, I expended a lot of energy early on and had to dig deep and win the fight.

It was a great experience and exactly what I needed to develop and now Cameron and I are teammates.

My last and final fight at amateur for the FCC title I fought a tough opponent, Aaron Cobourne, ranked 14th in the UK/EIRE on a 6 fight win streak and held a title in the midlands. It was an exciting fight and a great experience for me.

I found out a lot about myself in my last 2 amateur fights it confirmed what I always knew that I don’t quit and I find a way to win. Which for me is one of if not the biggest thing in fighting; mental fortitude. The experience I gained was enough for me to go pro.

When did you decide fighting was something you wanted to pursue?

I always wanted to do MMA from my teens but followed the wrestling/grappling/degree route first.

But when I first decided I was going to really commit and take that step I was working in a factory after university and had no real goal in my life. When the majority of my life had been sport and combat sports, especially.

My dream was always to fight, I always felt I had the talent and looking at some of the older fellas working in the factory that life had beaten down it made me realise you get one go at this life so go for it and go for it with all your will and determination.

Does the camp feel different preparing for a professional bout?

Not really. There is a little bit more emphasis on implementing extra tools allowed at the pro level but my style was always geared towards the professional game.

After impressive fights in the amateurs, what was the motivation behind turning pro?

The pro game was something I always wanted to pursue.

When I first saw MMA there was no amateur. The pro ranks were always in my sights.

When, where is the fight?

Buzzing, absolutely spoilt for choice on where you can train.

If somebody was looking to start training MMA for any reason how would you recommend they start?

By going to Predators MMA gym and/or joining a wrestling class.