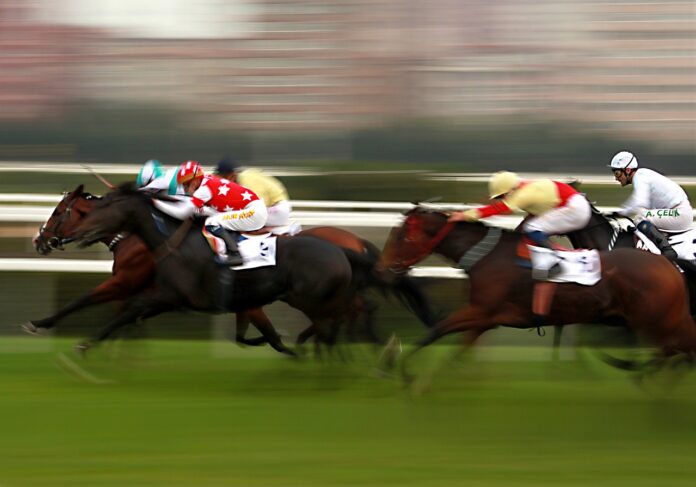 It may be the beginning of a new National Hunt racing season, but somethings never change. That was apparent from the get-go this year as jockey Bryony Frost and her trusty horse Frodon returned to the winner’s enclosure at Down Royal in Northern Ireland after what was their first outing of the season.

Second favourite (3/1) to 2021 Cheltenham Gold Cup winner Minella Indo in the horse racing odds from Betdaq for the Down Royal Champion Chase, Frodon made all the running from the start, in typical fashion for the Paul Nicholls-trained horse. But Minella Indo, who had Rachael Blackmore back in the saddle as opposed to the Cheltenham showpiece winning rider Jack Kennedy, was keeping on the pressure in the second.

Five fences out, Frodon’s fantastic jumping ability was being matched by his Henry de Bromhead counterpart, who was beginning to close the gap, and before long Gordon Elliott’s duo of Galvin and Delta Work were beginning to challenge as well, while their stablemate Ravenhill struggled to keep up at the back of the five-horse field.

As they turned for home in the three-mile race, Delta Work and Kennedy were the first to fall off the pace, followed by Minella Indo as he seemed to run out of steam having not raced since that Gold Cup win back in March. However, that didn’t mean it was going to be plain sailing for Frodon in the closing stages.

Instead, Galvin joined the former Ryanair Chase winner at the front of the field and they jumped the final fences as one before Frodon gained the edge on the home stretch and raced on to beat the seven-year-old by little less than a length in what was a thrilling finish in Lisburn.

It was a third Grade 1 victory for Frost and Frodon, who won the King George VI Chase at Kempton last December, and one that they certainly would have enjoyed having got the better of not just the regaining Gold Cup champion but a field full of previous Cheltenham winners.

“What more can you say about him? That was tough,” Frost said. “The uncertainty of where we were going out there and he was having a good look around.

“I always preach about his determination and that it is infectious and that you can beat anyone when you are on him, but you really can because he believes he can.

“The feeling that when you think you are beaten the world swallows you up. Have you gone too hard on him? Have I got any legs left? You give everything to him and you see if there is anything left as we need it now. He answers you because he wants to.

“What is that, 18 races he has won in his lifetime? It’s just phenomenal. Testimony to Paul (Nicholls) to have a horse coming out every season, again and again, with the same enthusiasm. It is exactly what he is a master of.”

Up next for Frost and Frodon could be the Grade 1 Betfair Chase at Haydock Park later this month before the Nicholls-trained horse returns to Kempton to defend his King George on Boxing Day. After that, the horse’s connections could have their sights set on another crack at the Gold Cup after finishing fifth at Cheltenham last year.

Watch the Trailer for Soon to be Released Busby Film

Odds for the EPL Title This Season