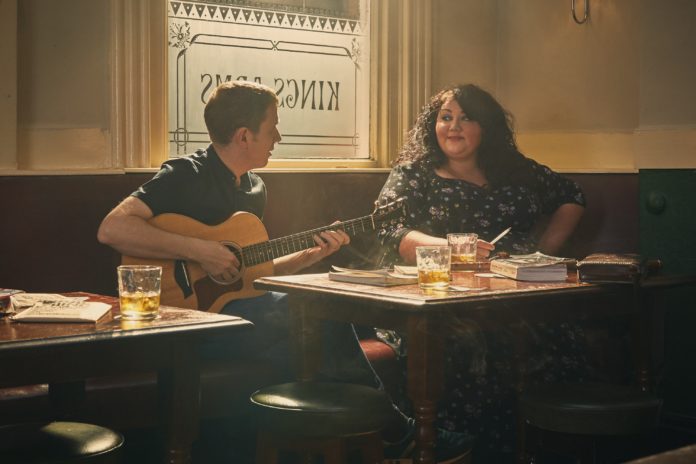 Manchester Folk Festival is back to present an imaginative programme of folk and acoustic including Kate Rusby, The Breath, Grace Petrie, Sam Kelly & The Lost Boys and a rare staging of The Unthanks’ latest project: The Unthanks Sing Emily Brontë.

Now in its third year, Manchester Folk Festival are back and bigger than ever with 13 gigs across the city centre, opening on the Wednesday night with the BBC 2 Folk Awards, at Bridgewater Hall for its 20th year. The festival is also excited to announce a new commission written by Sean Cooney (The Young’uns) and Debs Newbold (Through The Seasons) to commemorate the 200th Anniversary of the Peterloo Massacre. Set two centuries apart, parallel narratives explore the themes of freedom of speech, protest and democracy through the stories and songs of two working class women.

Headliners also include Kate Rusby, a true pillar stone in folk, joined on stage by the cream of British folk musicians who form her select band, performing beloved classics from Kate’s back catalogue stretching over her two decades of music-making, together with a selection of fresh new songs from her new album. In a brand new Manchester Folk Festival venue, Rusby plays at Manchester Central, only a short distance from the festival hub and venue, HOME at Tony Wilson Place.

The festival is proud to welcome Manchester-based band The Breath to the stage with their unique take on alt-folk journeys from hushed storytelling to uplifting anthems. Off the back of their new Album Let The Cards Fall in 2018, Stuart McCallum and singer Ríoghnach (pron. Ray-nuh) Connolly join the festival line up at the end of their extensive European tour.

The Unthanks join the line-up on Saturday for a rare performance of their new Emily Brontë project. Commissioned by the Brontë Society to mark Emily Brontë’s 200th Birthday, Yorkshire-born Unthanks pianist and composer Adrian McNally has turned a selection of her poems into song, performed with bandmates Rachel and Becky Unthank.

Grace Petrie returns to the Manchester Folk Festival stage, this time with her politically charged solo music. In a time where political folk is more important than ever, Petrie exploded on to the national protest scene in 2010 with the emotive anthem Farewell to Welfare. Grace has captured perfectly the spirit of the new wave of dissent in austerity Britain, and has been winning over audiences ever since.

Festival producer David Agnew says ‘We couldn’t be more thrilled to announce our line up this year, showcasing the breadth and nuance of folk. Supporting and celebrating the 50/50 gender balance initiative from PRS Foundation’s Keychange, the programme highlights diverse women in folk, writing and performing in the UK today.’

100 years of The Tank: The Battle Of Flers-Courcelette Remembered