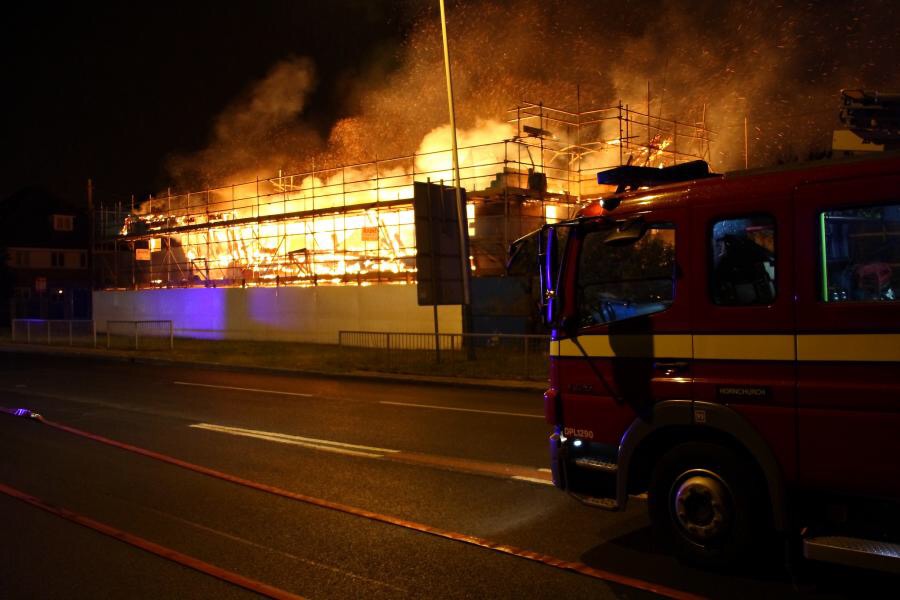 A meeting of representatives from fire stations across Greater Manchester has today agreed to step up the campaign against the threat to sack all shift based firefighters.
Matt Wrack, general secretary of the Fire Brigades Union (FBU), said: “This is a disgraceful attack on dedicated and hard-working professional firefighters. Let’s be absolutely clear, the Greater Manchester fire authority has now started the process to sack its workforce. We have heard councillors saying that this is not what is happening. If they haven’t agreed this, they need to tell Mr. Keelan, who has issued the legal notice starting this process, to withdraw the notices.

“We are willing to negotiate changes, as we always have. However, we are not willing to be threatened with the sack in this way. We will now be undertaking a campaign using every legal, political and industrial weapon we have. That will include asking our members about the need for strike action.

“The approach taken by the fire authority will damage industrial relations for a long time and will undermine the morale and goodwill of Greater Manchester firefighters. We urge councillors to get a grip, withdraw these threatening notices and start proper negotiations.”

The plans, say the union, would mean that one in five firefighter posts will be slashed, 250 posts in total, with the remainder having worse conditions imposed on them. Firefighters would hardly see their families under the new 12-hour shift arrangements.

“Our ultimate aim is simple – to ensure as many fire engines as possible are available when we have the most incidents and are able to get to people as quickly as we can. That is our bottom line and will remain our top priority. To achieve this we are already taking a third of the cuts from senior management and the back office, but we have developed a new shift duty system for firefighters which changes from a day shift of 10 and a half hours and a night shift of 13 and a half hours to two equal shifts of 12 hours. This system saves almost £10million whilst retaining 32 more firefighter jobs on the frontline than would be possible by trying to maintain our current system, providing up to 56 fire engines to our communities when they need them the most.” Adding that

“In addition, the new system means we will be able to engage with our communities on valuable prevention activity and fire safety support, which has been so effective at keeping people safe in recent years. The Fire Minister recently acknowledged that fire statistics have begun to rise in the last two years and so this is clearly more important than ever as a focus for our work.
“We will be moving to these new shifts from April 1, 2017. We consulted on this and received no alternatives which would save the amount of money we need to cut. We have been negotiating with the FBU since January on this issue alone. For this reason, the Fire Authority agreed implementation. We are now trying to work with our firefighters and the FBU to agree how we move to the new system. We have not issued notices to anyone at this stage. We have no intention to make anyone redundant. We do need to save this money and provide the best fire and rescue service we’re able to for the communities of Greater Manchester. If we cannot agree on how we do this together we will have to implement it on April 1, 2017.”