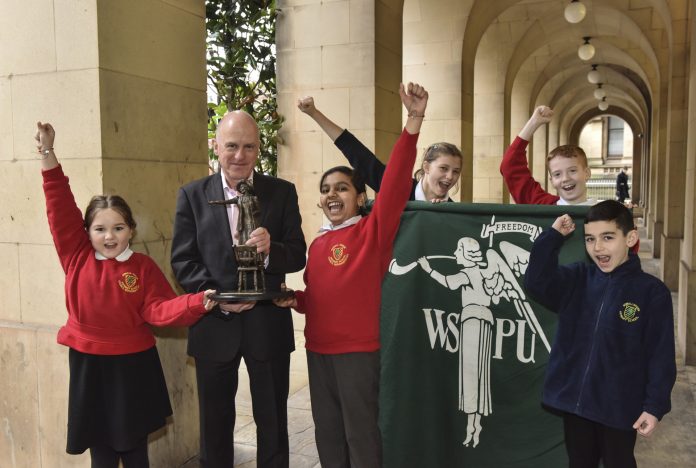 Planning permission for the Emmeline Pankhurst statue has been granted by Manchester City Council Planning Committeeduring an historic meeting held on 8 February 2018. This means that the statue, the design for which is the work of sculptorHazel Reeves, will now be created and unveiled in 2018, the centenary year of the first women getting the right to vote.

In a project that has sought representation and engagement at every stage, it was eleven year old Fatima Shahid, a pupil at Newall Green Primary School in Wythenshawe, who spoke on behalf of the Emmeline Pankhurst statue.

” Emmeline Pankhurst’s statue will represent her story and use her legacy to inspire people, particularly young people, which judging by the response from schools such as Newall Green Primary is already starting to take place. We wanted to carry forward this spirit and break with tradition by inviting a young person to speak in the council chambers about what this project means to them and Fatima’s words captured this perfectly.”

Head of Newall Green Primary School, Ruth Perry, says, “We are delighted to be involved with Manchester City Council in the planning application for the statue of Emmeline Pankhurst. Newall Green Primary is a Peacemala accredited school, so we strive to teach and model equality to our children from an early age. We encourage them to celebrate people’s characters, actions and achievements, and to be proud of their city.”

With the planning permission in place the statue of Emmeline Pankhurst, Rise Up Women designed by Hazel Reeves, will be unveiled on 14 December – the 100th anniversary of some women voting for the first time in a UK General Election.  Prior to this, during July 2018 the meeting circle on which the statue will stand will be unveiled.