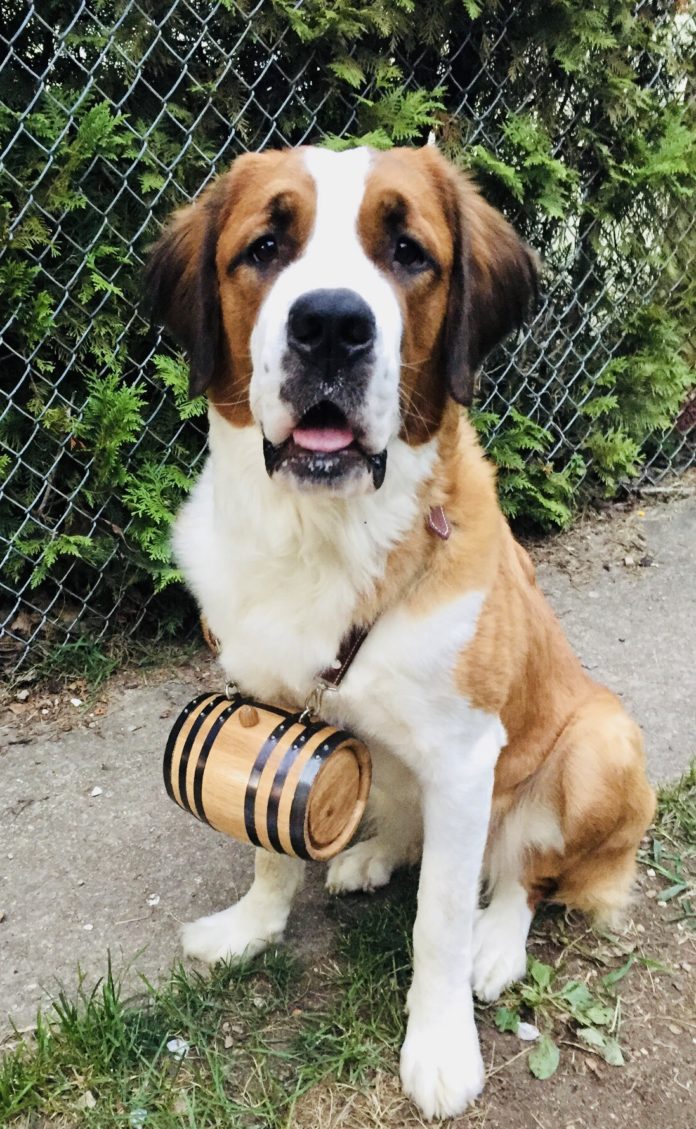 A new book published by University of Manchester historians shows that the much-loved St Bernard dog we know today was a Victorian invention.

According to the team, the St Bernard today bears very little resemblance to the rescue dogs of the Swiss monks who lived on the St Bernard Pass, from which they are said to be descended.

Over half of the St Bernards in the first Kennel Club Studbook were from Macdona’s kennel, including the Prince of Wales’s ‘Hope’.

As a show dog, its physical form was changed and standardised by Victorian breeders leading to inbreeding and health problems.

“The Invention of the Modern Dog” published this week by Johns Hopkins University Press, shows how Victorian dog lovers first raised concerns, challenging the breeders of fancy show dogs in ways that anticipated the concerns of modern animal welfare groups.

Robert Leighton, an authority on dogs, wrote in 1907 how breeding St Bernards as ‘show’ dogs turned them into ‘cripples’ because they were too tall and heavy and called for new conformation standards.

He wrote: “The St. Bernard is a purely manufactured animal, handsome in appearance certainly, but so cumbersome that he is scarcely able to raise a trot, let alone do any tracking in the snow.”

The rescue work of the dogs kept by the monks in the hospice on the St Bernard Pass had come to prominence in the early nineteenth century through stories of the heroism of a dog called Barry.

Then called Alpine Mastiffs, a painting by Edwin Landseer of two dogs ‘reanimating a traveller’ popularised the false idea that the dogs carried a barrel of brandy on their collar.

Barry supposedly saved over forty lives, and his taxidermied body was put on display in Bern, where it can still be seen today. However, Barry, was very different size, coat and colour from that adopted and favoured at British dog shows.

“The St Bernard is emblematic of how dog breeds were created by Victorians. Macdona assumed that dogs of his favoured form would cope better with snow drifts, be easier to spot and would keep warmer,”. said co-author Professor Michael Worboys. “He then, likely, cross-bred to improve deficient features, and in-bred to preserve desirable ones.”

Co-author Prof Julie-Marie Strange said: “The first Kennel Club Stud Book in 1874 listed 40 breeds. Today there are 210. In some ways the St Bernard is unusual – there is still only one breed. But with others, fanciers have split and multiplied breeds. Take terriers; in 1874 there were 10, now there are 27.”

“Dogs were typical Victorian products. Manufactured, standardised types for different markets. One growing demand was for ladies dogs. These were not always toy breeds, large, elegant dogs like Borzois were also favoured.

“Women’s entry into the world of dog breeding and showing was resisted by self-styled “doggy men”, which led to the formation of the Ladies Kennel Association – a separate sphere with a different culture.”

And co-author Dr Neil Pemberton said: “Before the Victorians, there were no dog standardised breeds as such. Rather there were broad types of dog defined by what they did, not how they looked.

“And there was necessary variety within types. Hunting dogs were bred to suit different local environments, and people wanted pets that were unique individuals not clones.

BBC4 AND CBBC under threat as Director General looks to plug hole in Beeb...