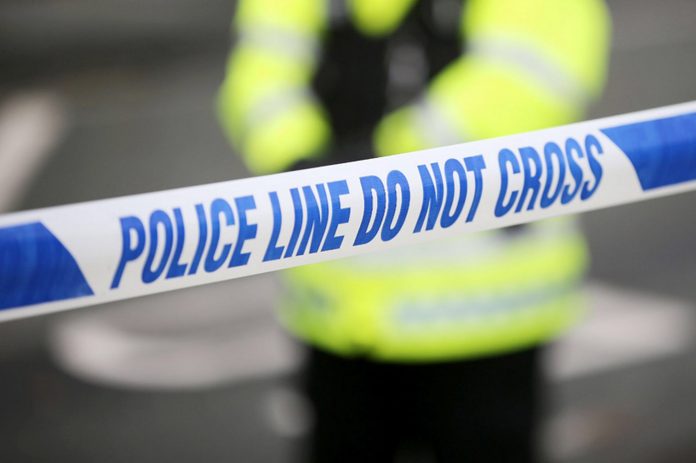 Police were called to reports of an armed robbery at Asda on Greenfield Lane around 2.00pm

The driver of the cash in transit van was outside the store when he was approached by an offender who threatened him with a machete and demanded money.

The thief then fled with the cash in a green Ford Focus that was driven by a second offender down Eastway in the direction of Oldham.

The main offender is described as white, approximately 5ft 8in tall, of slim build and in his mid-twenties. He was wearing a blue tracksuit top and bottoms with a green hood.

The second offender is described as white, wearing a black jacket and black tracksuit bottoms with a white stripe at the top and a beige baseball cap.

Both men wore balaclavas to conceal their identity and gloves.

Detective Constable Stuart Crossley of GMP’s Oldham borough, said: “This was a brazen attack that happened in broad daylight at one of the busiest times of day.

“Fortunately the victim wasn’t injured but nobody should have to endure such a traumatic experience when they are just trying to do their job.

“We have launched an investigation and I would ask that anybody who thinks they may know something that can assist with our investigation to please contact police.

“If you recognise the descriptions of the men or think you saw them or the car in the area around the time of the attack, then please get in touch.