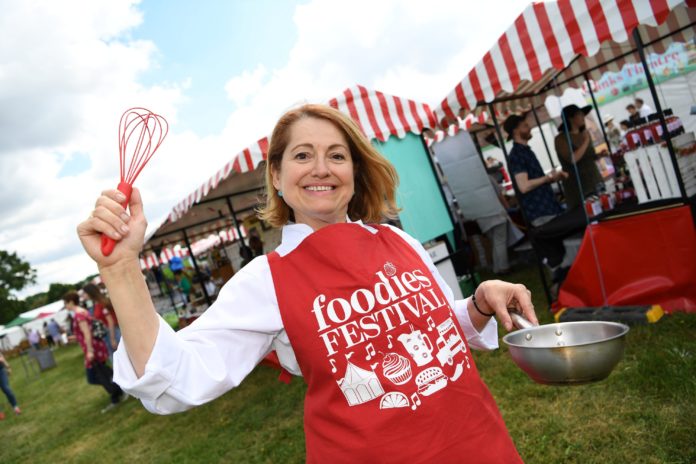 THE creÌme de la creÌme of Manchester’s foodie scene will be in action this weekend at an event dubbed the country’s ‘Gastro Glastonbury.’

Aiden Byrne, who made history as the youngest person to ever earn a Michelin star at 22, will join the line-up at Foodies Festival Tatton where he will cook up signature dishes from his Restaurant MCR which he opened last year.

Brian Hughson, head chef at 20 Stories in Spinningfields and Manchester-based Thomas Cook airline pilot David Crichton who shot to fame as runner-up in MasterChef last year have also been confirmed for the event which gets underway on Friday.

Organisers have promised to make the festival the ‘biggest and best yet’ with a star- studded programme which also sees BBC MasterChef winner 2019 Irini Tzortzoglou gracing the chef’s demo stage.

Meanwhile local talent is represented by chefs Joe Liptrot of Cottons Hotel, Knutsford and Mark Fletcher of The Mere.

The music offering is bigger than ever with chart-toppers Scouting for Girls, top Queen tribute act Flash and 50 regional bands and soloists helping the crowds dance off their flavoursome purchases.

The event goes up and down the country offering food and music fans a feast of entertainment. It has already visited several major cities including Brighton, Bristol and Cambridge.

It teams up with Musicians Against Homelessness (MAH) to support the charity Crisis UK. For every ticket sold, a donation goes to the cause.

Festival director Sue Hitchen, who hails from Knutsford, said: “People call us the Gastro Glastonbury as we combine our favourite things – music and food in an outdoor setting.

“Manchester is a stone’s throw from Tatton Park and we welcome many foodie visitors every year who help to create a great vibe. They love a good time and to get up and dance.”

More than 30,000 visitors will enjoy a mouth-watering array of attractions taking place in the stately home’s picturesque parkland over the weekend.

For more information and tickets visit www.foodiesfestival.com and 0844 9951111

Who Does Laser Marking In The UK?