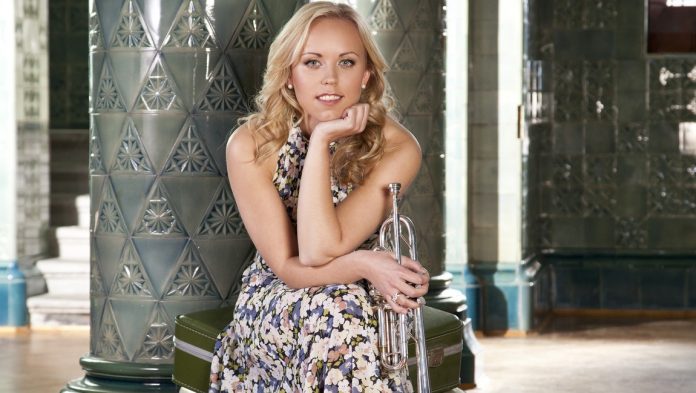 Manchester Camerata has commissioned Laura Bowler to write a new piece for their International Women’s Day concert on 5 March.

/ˌfɛmɪˈnɪnɪti/. celebrates what it is to be a woman in contemporary society and confront society’s ideas of the concept of femininity.

The piece has been inspired by the work of Bjork | Aurora | Portishead and takes the three artists from popular/crossover culture and draw influences from their music, aesthetic and visuals, to celebrate their work as stand out female artists.

Laura has been listening to their work and will draw fragments from the textures of their music. Unless you know these artists work really well you won’t necessarily recognise the references as she is not sampling their work.

The new piece called /ˌfɛmɪˈnɪnɪti/. will be 20 mins long, and is a contemporary trumpet concerto featuring Tine Thing Helseth, who will also perform on vocals. The new work will also feature Jess Gillam on saxophone as supporting soloist, drumkit and electric guitar and is conducted by Jessica Cottis.

In addition to the music, Laura is going to incorporate Tine’s voice with fragments of quotations from some of the world’s powerful female voices including: Gloria Steinem an American feminist, journalist, and social political activist, who became nationally recognized as a leader and a spokeswoman for the American feminist movement in the late 1960s and early 1970s;

Andrea Dworkin an American radical feminist and writer best known for her criticism of pornography, which she argued was linked to rape and other forms of violence against women; and more populist females like Michelle Obama.