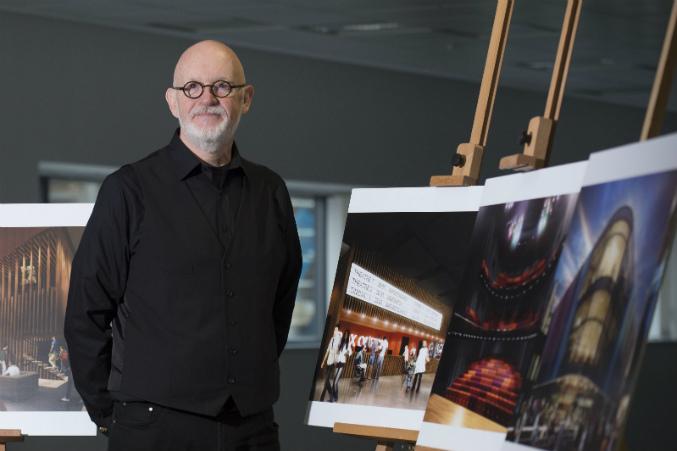 Dave Moutrey Director and Chief Executive of award-winning arts venue HOME has been appointed to the position of Director of Culture for Manchester.

His role will be an advisory one and in addition to his day job and existing role at HOME.

His appointment by Manchester City Council to the citywide role comes at a time when the creative industries nationally have never been more important – with latest figures showing they bring £92 billion a year into the UK economy.

The Director’s remit will be to help further develop culture in the city – both in terms of widening participation in the arts, and also attracting new audiences to take advantage of the wide range of cultural events that take place across the city every week.

The Director will also be the voice of the city on the role of culture in the city’s development nationally and internationally.

Councillor Luthfur Rahman, Executive Member for Schools, Culture and Leisure, said: “Dave’s appointment to this role is very apt as someone with a wealth of experience not just in the world of culture but crucially also in Manchester.

“We have long recognised the value of the arts and culture both to individuals and to the city itself and are determined to increase this further.

“As someone based here and who knows Manchester and its cultural partners well, Dave is perfectly placed to harness all the creativity and energy that already exists in the city, alongside new ideas and developments, to help us focus, shape, and expand our cultural offer.

“We look forward to working even more closely with him in developing the city’s cultural vision for the future.”

Dave Moutrey, CEO of Home, and Director of Culture for Manchester, said: “Manchester is my home in more ways than one and I am honoured to be given the job of helping make culture in this city even greater than it already is.”

Moutrey assumes the anticipated one day a week role with immediate effect.

Speed knowledge is being tested to the limits

Crisis support in Greater Manchester has collapsed, with the amount of support provided falling...