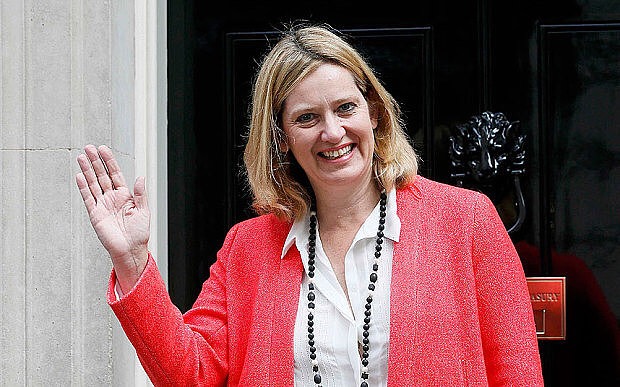 In a speech in London, Ms Rudd attacked green policies that encourage “permanent reliance on subsidy” and called instead for a market-based approach to dealing with climate change.

She set out the Government’s commitment to tackling climate change while keeping bills down in order to deliver lasting economic security for hardworking families and businesses.

She said that the Government’s approach will help to protect the economy because failing to act would risk leading to lower growth, fewer jobs and higher prices. She added that this approach will see action taken in a way that keeps consumer bills down and encourages businesses to innovate, grow and create employment, so it does not come at the expense of prosperity today..

“The message from the scientific community is that we need a new energy system in the next two decades to achieve the economic and ecological security that Amber Rudd speaks of. Anything else is banking on geoengineering on a global scale, a very risky and uncertain strategy that would never be allowed under Margaret Thatcher’s famous “life tenancy”.

“Inconsistencies between words and actions undermine the credibility of leadership. We require more than incremental change so it is short sighted to abandon policies that stimulate new energy industries or guarantee high performance infrastructure. Back-tracking from government directly and indirectly increases the costs and difficulty of avoiding dangerous climate change.”:

The government is in the process of reviewing all green energy subsidies after forecasts showed they were likely to cost £1.5 billion more than a Treasury-set budget and have recently scrapped subsidies for onshore wind and commercial solar power.

Frank Geels, Professor of System Innovation & Sustainability, also at the University of Manchester said: “The recent policy announcements should be seen as part of a longer political trend, partly driven by the right-wing of the Conservative party and partly by the Treasury (which has tried control DECC for several years). No longer constrained by the Liberal Democrats, the new government was able to continue this trend with new energy.

“Despite the recent changes, the government is likely to meet its 2020 targets, because of the momentum of deployment and investment plans that are in the pipeline. It is becoming increasingly clear, however, that the government has limited post-2020 climate change ambitions, despite repeated calls for this by the Committee for Climate Change. A few years ago, the government’s plan was to increase renewable electricity to about 30%, and achieve further decarbonization with carbon capture and storage (CCS) and nuclear power.

“Since then, both CCS and nuclear power have progressed much more slowly than anticipated. So, I would not be surprised if the government in a few years’ time uses this under-delivery to force a debate about the Climate Change Act, arguing that the climate change targets are unfeasible and that the Climate Change Act needs to be removed or watered down. So, the recent policy announcements could turn out to be the first official moves in the ‘long game’ that the Chancellor is playing.”

Foodbanks Are Inevitable in the UK according to Manchester experts