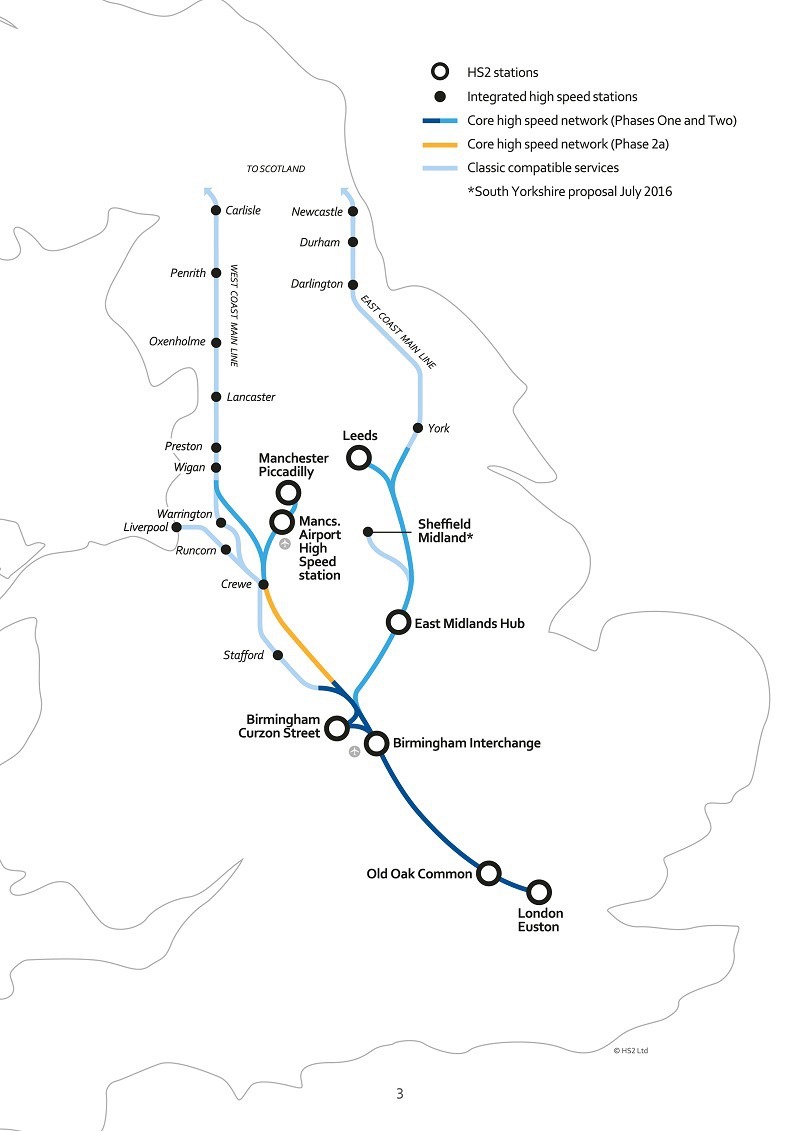 Published by HS2, it tells how the regions are working together to maximise the benefits that HS2 will bring including on jobs and skills, trade and business growth, town centre regeneration, and integration into the regional transport network to spread the benefits as widely as possible.

The report says that Greater Manchester considers HS2, in combination with Northern Powerhouse Rail, to be vital for increasing the capacity of Britain’s rail network and delivering a transformational step-change in the connectivity of the North’s city regions.
The Combined Authority estimates that, by reducing travel time and increasing business productivity and connectivity, HS2 will make Greater Manchester a signi cantly more attractive business location, creating up to 180,000 new jobs by 2040 and adding £1.3bn to the region’s economy.

Meanwhile The HS2 station at Manchester Airport will improve the airport’s accessibility and capitalise on the opportunity of the investment programme at Terminal 2. It will also increase the airport’s importance as an international gateway and deepen the economic impacts of ‘Airport City’, which is part of an Enterprise Zone expected to attract global businesses and provide an estimated 35,000 jobs.

David Higgins, HS2 Chairman said: “Two years ago, local leaders asked me to make sure that HS2 was fully integrated into the existing transport and local economies. It’s an aspiration we’ve sought to realise, but even I underestimated how far that that principle would take us. Much of the early focus on HS2 has been on journey times to London. However, as the Changing Britain: HS2 taking root report and Wigan’s work proves, it is the inter-regional benefits and early planning from Councils and Local Authorities to harness these which will transform areas in the longer term.”

And then there were five

Work under way on Morrissey biopic.