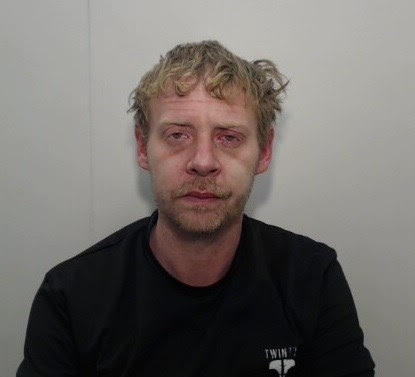 The court was told that in the  early hours of Monday 3 May, three men are seen on CCTV approaching the Salford Shopping Centre. They managed to lift up the shutter, access the precinct, then smash their way through the front of Mays Jewellers, taking a number of items totalling over £43,000. Police attended and recovered a bag with some of the stolen goods inside. £12,000 worth of jewellery remains outstanding.

Two days later police attended Ernest Jones Jewellers on St Anns Street in Manchester city centre. CCTV showed two men had cycled up to the jewellers and smashed the window, taking a number of Ebel watches worth over £54,000. Officers recovered some property left on the street, along with a hammer at the scene.

On Wednesday 12 May 2021, again in the early hours, two men were seen on CCTV cycling towards the Mulberry Designer store on The Avenue in Spinningfields, Manchester. The men used metal grids to smash the front shop windows, and take a number of designer bags, worth nearly £5,000. One of the offenders was wearing a distinctive rucksack.

Police Constable Andy Shaw from GMP’s City of Manchester District, said: “This sentence serves as a reminder that anyone committing burglaries or other crimes within the city centre will be found and brought to justice.

“I hope that today’s result demonstrates that GMP will not tolerate this kind of criminality, and that we will continue to seek out those involved, and hold them to account for their actions.

“But we can’t do it alone. The information we get from businesses and communities in the city centre is vital to our work, and helps us to build our intelligence picture and tackle the issues people raise to us. The more information we get, the more we can do.

Police warn of theft by finding of missing Tameside puppy