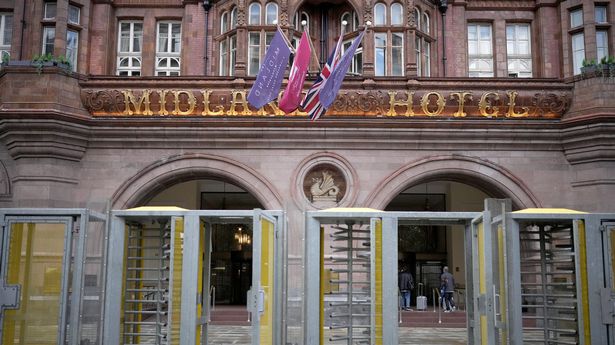 A man has had his accreditation for the Conservative party conference in Manchester removed after reports that woman was assaulted at the bar of the Midland hotel during the conference.

Clementine Cowton, director of external affairs at Octopus Energy Group, told a fringe event that she had been “violently assaulted in the conference zone by a man” in the bar of The Midland hotel.

Ms Cowton told the event the man was “very intoxicated” and had “invaded her space”. He tried to punch her but was stopped, and ended up smashing a glass out of her
hand.

Greater Manchester Police responded to an incident at the Midland Hotel at around 12.30am this morning to reports of an assault on a 33-year-old woman.

“Officers arrived quickly, there were no reports of any injures and no arrests were made. However, a man has been identified (and) had his accreditation removed for the remainder of the Conservative Party conference.

“Our investigation into what happened is ongoing.

“We will ride out the Omicron wave without the need to close down the...