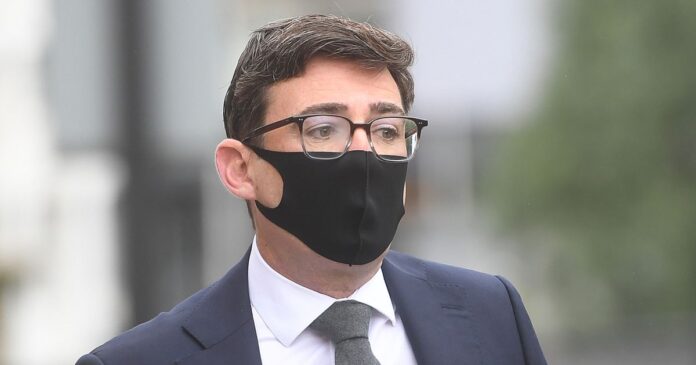 Speaking at the weekly Greater Manchester Covid Response Press Conference, Andy Burnham released new data collected by a survey which will be done every month which revealed 55% of workers feel safe in their workplace during this lockdown.

A further 32% of workers who took part felt somewhat safe at work and 8% said they did not feel safe in their workplace.

Workers in the field of manufacturing ranked lowest in terms of feeling safe with only 39% saying that they felt safe. Hospitality, construction, education, retail and social work also fell below the 55% average.

80% of workers in public services responded that they felt safe in the workplace which was the highest percentage recorded.

The reasons workers did not feel safe were; not having their mental health needs met (31%), not supporting social distancing (28%), reducing pay for the time taken to self-isolate (16%) and not being allowed time off to take a test (10%).

Safety in the workplace has been an issue during the pandemic which goes back to the initial lockdown.

About Manchester asked Greater Manchester Mayor Andy Burnham, we at About Manchester have had many comments that the message from the Government about rising infection is unfairly blaming the public for lack of compliance. Given that the Home Secretary last evening said the majority were compliant, can we really blame the odd rave and house party for spreading this infection to such an extent that the figures are rocketing or are there more underlying reasons such as the continued opening of workplaces and education are the real drivers of Covid?

Burnham replied, “I think it is right to be wary of a growing narrative that the rise of cases is due to the public, that in my view is the wrong way to go. We have to work hard to keep people with us through this really tough time. The issue of workplaces remaining open was not properly addressed during the first lockdown, I think there has been a raising of standards but 8% people saying when questioned that they have a concern over their workplaces suggests that is still a significant issue that requires focus not only at a Greater Manchester level but a national level too. I think where we have workplaces that are not COVID compliant is a much bigger issue.”

Burnham also announced a new way for people who feel unsafe in their workplace to get in contact and raise their concerns. If you do have an issue surrounding the safety of your workplace you can contact workplacecovidsafety@greatermanchester-ca.gov.uk.

Some of these breaches were due to repeat offenders and the GMP and council have said they will take stricter action on this issue.

The increase of infections in the Greater Manchester rose by 40% over the last 2 weeks with the UK wide increase in that time being 11%. 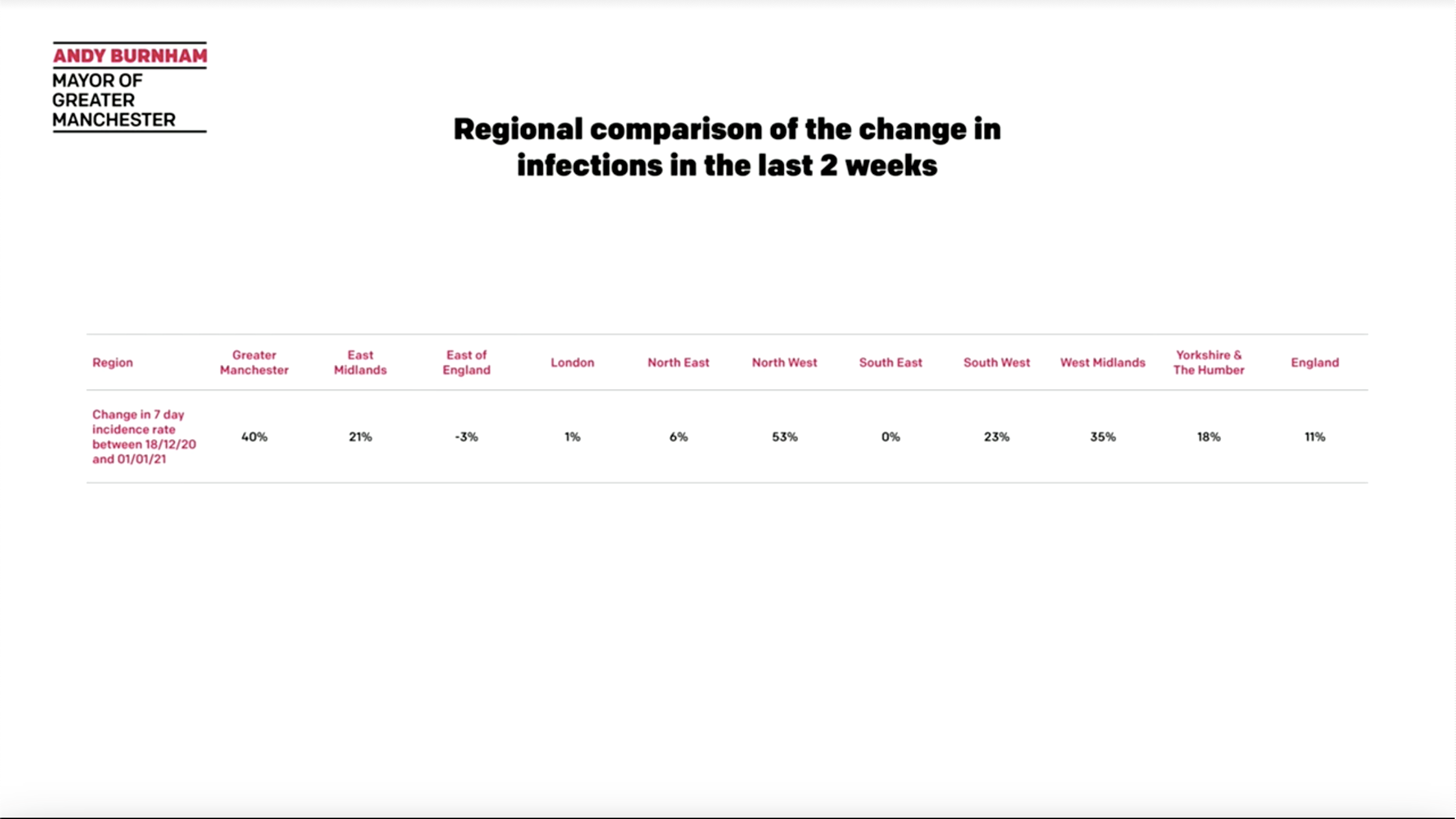 Richard Leese stated that the numbers of COVID cases are increasing in younger groups and that the worry was that this would then spread to older, more vulnerable groups. 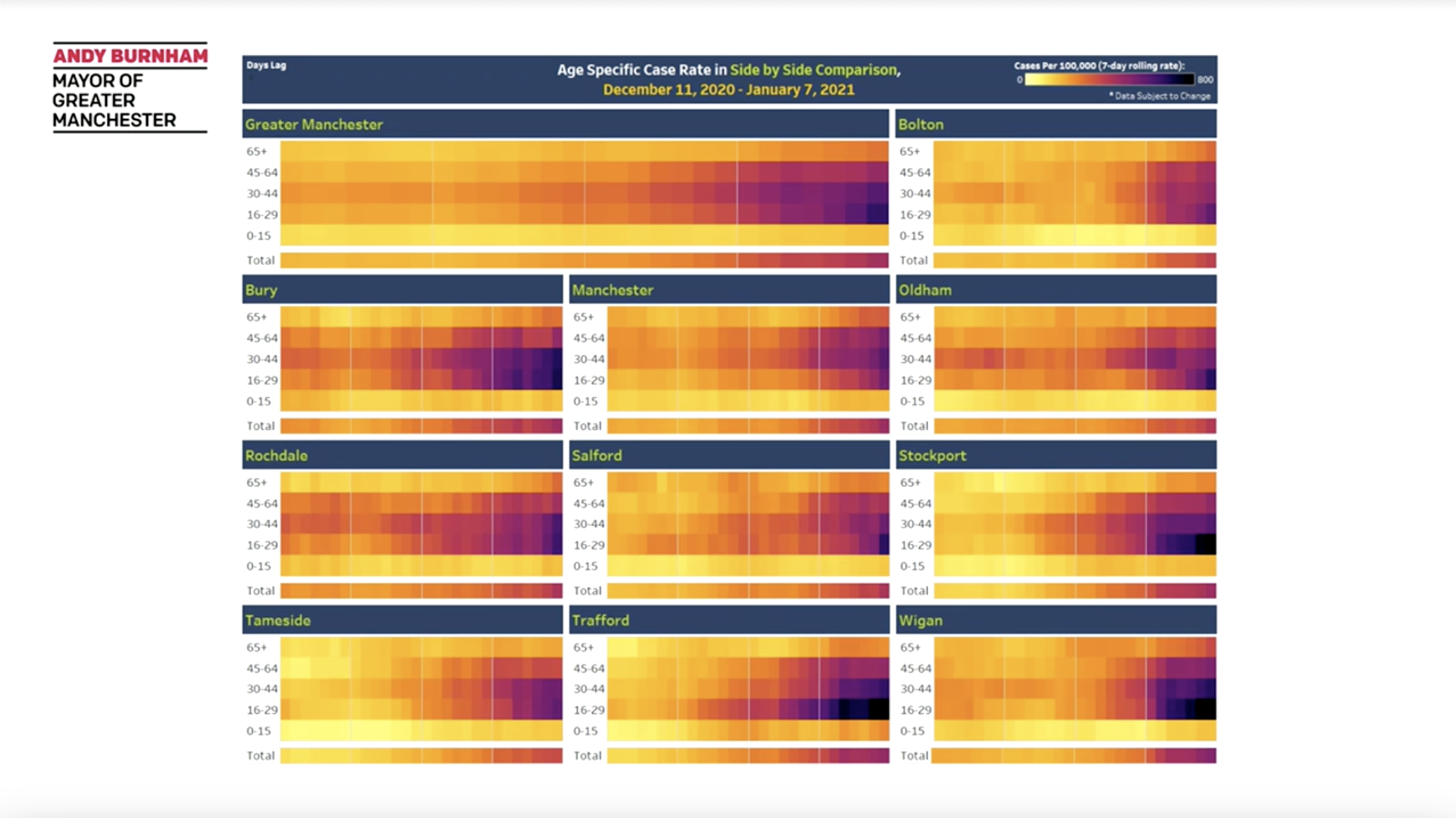