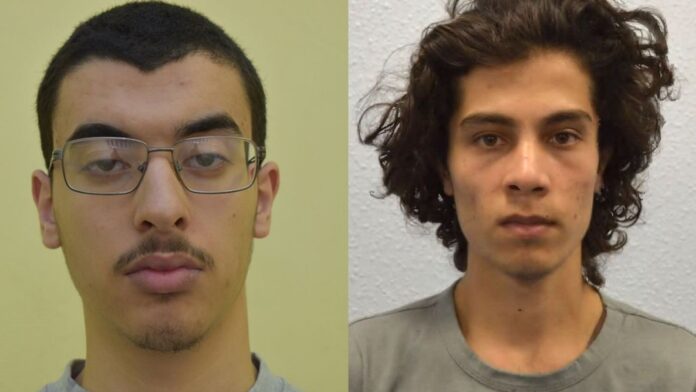 The brother of the Manchester Arena bomber, Hashem Abedi and Tube bomber Ahmed Hassan have both been charged with assaulting a prison officer in HMP Belmarsh

The two plus a third man, Muhammed Saeed, 22, are accused of inflicting actual bodily harm on the officer on 11 May 2020.

The three men are due to appear at Bromley Magistrates’ Court on 7 April.

Abedi, 23, is currently serving 24 life sentences with a minimum of 55 years before being considered for parole for his part in the 2017 Manchester Arena bomb attack after he was s found guilty in March lasy year of 22 counts of murder, attempted murder and plotting to cause an explosion likely to endanger life over the incident.