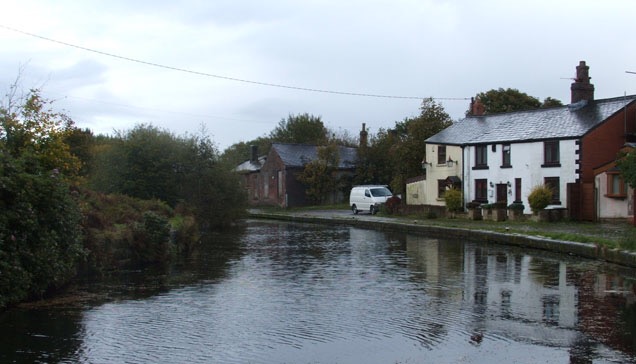 A new angling club has been formed to help breathe new life into angling on the Manchester Bolton & Bury Canal, parts of which have lain derelict for many years
Little Britain Anglers was set up specifically to take on the task of re-introducing angling on the canal while working with other groups to improve the canal for everyone to enjoy.
We have now granted the fishing rights for the canal to Little Britain Anglers, with the exception of a section already being looked after by Bolton & District Angling Association.
Now the Little Britain Anglers are planning to hold the first angling competition for over 30 years on this section of canal and hope it will act as a recruiting ground for new members and volunteers to help in their task of working with others to restore the canal.
Opened in 1796 the canal is 15 miles long and was used mainly for shipping coal but as the mines reached the end of their working lives sections of the canal fell into disuse and disrepair. In 1987 the Manchester Bolton & Bury Canal Society was formed and has been working tirelessly with the Canal & River Trust and other volunteer groups to restore the canal.
Chairman of the Little Britain Anglers, Eric Owen of Bury said: “I used to fish on the Bury Bolton & Manchester canal as a kid with my dad and granddad as I am sure many people did and it was great fun. Our aim is to bring back fishing to as much as the canal as possible so that it can be enjoyed by as many anglers as possible.
“But we are not just interested in the angling side of the canal, we want to work with the Canal & River Trust and other volunteers group to help restore the canal. We know it is a big job that probably won’t be finished in my lifetime, but our enthusiasm knows no bounds.
“The idea behind holding a fishing competition – which is probably the first for 30 years – is to rekindle people’s interest in fishing the canal and get volunteers signed up from the angling community to help on working parties to improve the canal.”
Canal & River Trust fisheries and angling manager, John Ellis said: “The fish and fishing rights on most of the Manchester Bolton & Bury have not been looked after by an angling club for many years and we are delighted at the involvement of Little Britain Anglers.
“The club will act as our eyes and ears helping us look after our fish and other wildlife and work alongside other groups on a volunteer basis to help maintain the fishery. They will help us remove weed and debris which will make the environment better for fish, with less risk of death from low oxygen levels.
“It’s great that the local angling community are supportive of our long term plans to restore the canal fully and are prepared to get their hands dirty to help us achieve it.”
Full details of the angling competition are still to be announced, but anyone interested in taking part or joining the Little Britain Angler can contact them via their facebook page

Metrolink sets November for the opening of the new Airport Line