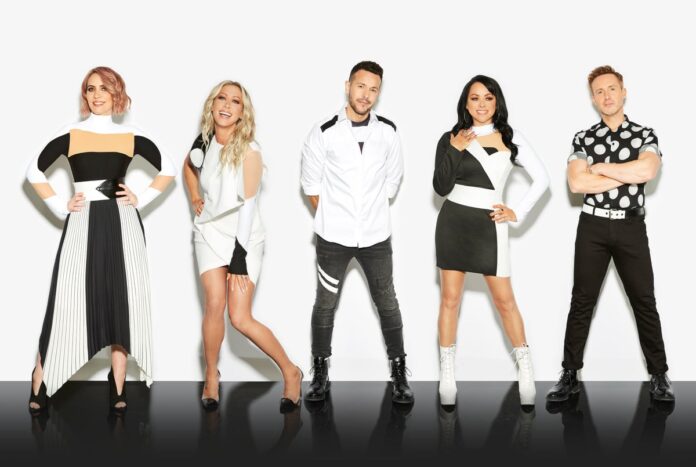 Radio 2 Live is bringing live music direct to audiences, giving lucky listeners the chance to finally watch their favourite artists perform in person this August, after so long being unable to experience music concerts in venues.

On The Breakfast Show today (Wednesday 28th July) Zoe Ball revealed the second artist will be STEPS performing in Manchester on Tuesday 10thAugust in front a small audience of fans. Yesterday she announced that Texas would be performing in Glasgow on Thursday 5th August. A third Radio 2 Live gig will be announced by Zoe tomorrow.

Radio 2 Live will be the first live gigs with an audience from the network since Radio 2 In Concert with Dido at Maida Vale on 9th December 2019. The performances will be available to watch on BBC iPlayer and hear on BBC Sounds from Saturday 11th September, with a special highlights show on Radio 2 from 7-9pm on Sunday 12th September.

Steps presented a show on the station last December, getting the party started with two hours of wall-to-wall bangers.

Steps said, “We are beyond excited to be performing for Radio 2 Live in Manchester. It will be our first live performance in front of an audience in over three years and we cannot wait. It’ll be a great chance to play some of our latest singles and Steps classics and get warmed up ahead of our UK arena tour this November.”

Tickets will be allocated via a ballot following registration here which is open from now until 8am on Thursday 29th July. Allocations will be weighted with more going to those living closer to Manchester. Full terms and conditions are on the website.

Helen Thomas, Head of Radio 2, said, “New for 2021 and beyond, Radio 2 Live will take the spirit of Radio 2 around the UK. I’m thrilled that Steps will be performing for us in Manchester. They are sure to get the audience dancing along after so long without live music, with those at home able to tune in on Radio 2 and BBC Sounds or watch on BBC iPlayer in September.”

Jeff Smith, Head of Music for Radio 2, added, “Radio 2 is committed to bringing live music performance to its listeners as we know how much they love to listen and watch their favourite artists perform the songs they adore. Over the past year, Radio 2 House Music has done a brilliant job with performances from Joan Armatrading, Kelly Clarkson, Rag’n’Bone Man and many more, but now it’s time to get back to live performance in front of an audience. Radio 2 Live is going to feature incredible sets from major artists, in front of what I’m sure will be a very excited audience of Radio 2 listeners.”

In 2017 Texas performed with the BBC Scottish Symphony Orchestra at Barrowlands, Glasgow, for Radio 2 In Concert and at 2013’s Radio 2 Live in Hyde Park. Earlier this year they performed live at Maida Vale for The Zoe Ball Breakfast Show.

All the events will be managed in line with Covid guidelines at the time, and ticket holders must adhere to any restrictions in place at their venue locations on the dates of the recordings. Full terms and conditions available here.

Radio 2 has delivered live music to listeners through the lockdown through Radio 2 House Music sessions which have featured some of the biggest names in music, including Barry Manilow, Melanie C, Cliff Richard, Ronan Keating, Travis, Aloe Blacc, Nell Bryden, Lola Lennox and Jessie Ware, with many accompanied remotely by the BBC Concert Orchestra.