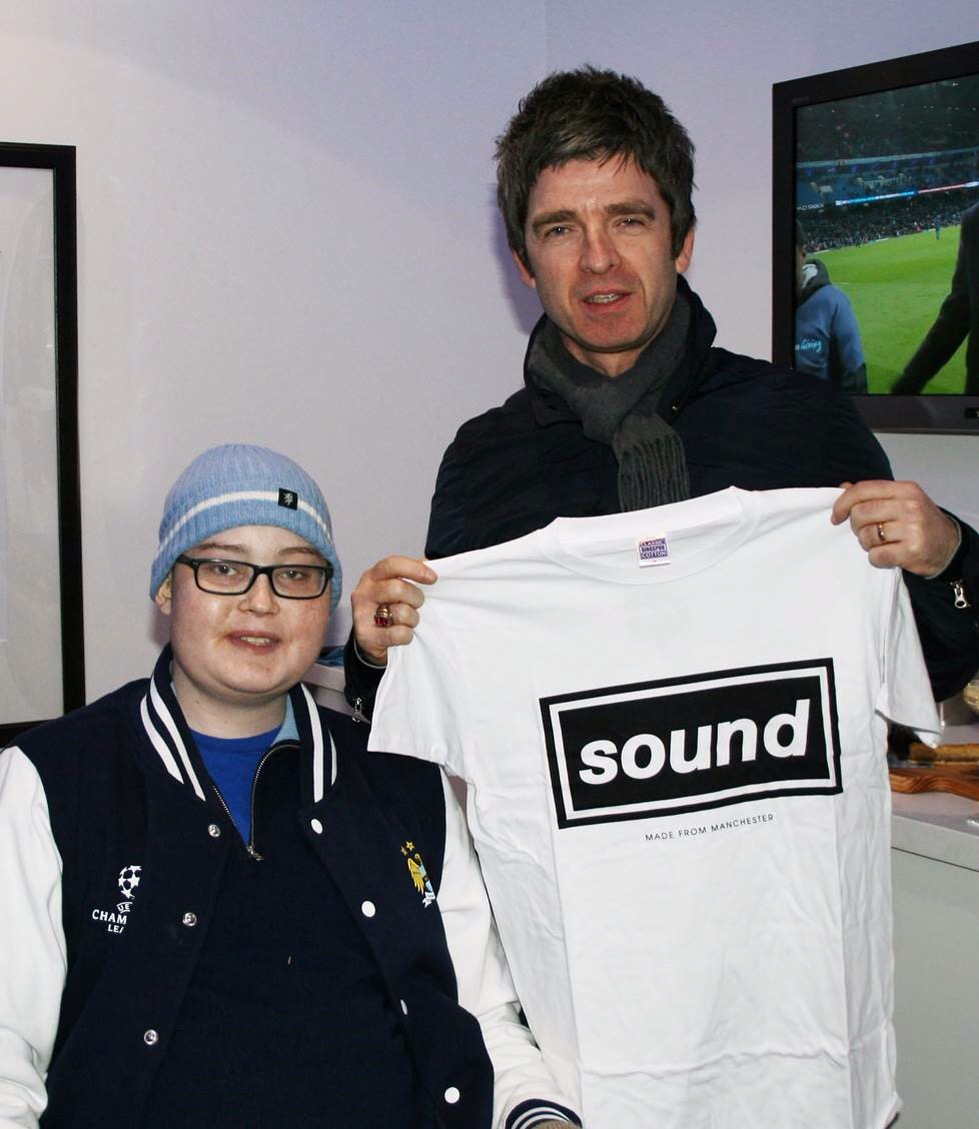 Made From Manchester, the brain child of Callum Ballantine and Samir Kamani, has been acquiring a number of celebrity fans of late with Noel Gallagher and Joe Hart both showing their support for the clothing line.

The boys have been totally blown away by the support from the public. The clothing line launched just a fortnight ago at a charity fashion show in aid of Teenage Cancer Trust and already the range has seen sales surpass the £10,000 mark.

Callum’s reaction to the news summed up his drive and personality: “All our profits are being donated to Teenage Cancer Trust, a charity who have been fantastic to me as I undergo treatment for bone cancer, so to have reached £10,000 in just ten days is amazing.

He continued: “We hadn’t really set ourselves targets but now we have reached this figure we want everyone to embrace the brand and who knows where we could get to.”

Whilst Mancunians are going online in the hundreds to buy the tee shirts, Callum and Samir have been doing a few personal sales too. Noel Gallagher unsurprisingly chose the Oasis inspired ‘Sound’ tee shirt and time will tell if that’s what he chooses to wear on stage at his upcoming Manchester Apollo gig.

Callum was also invited to a training day at Manchester City where he chatted to top player Joe Hart about the designs before Joe chose to buy a ‘Manchester Is Blue’ design.

Made From Manchester shirts are available online at www.madefrommanchester.com.