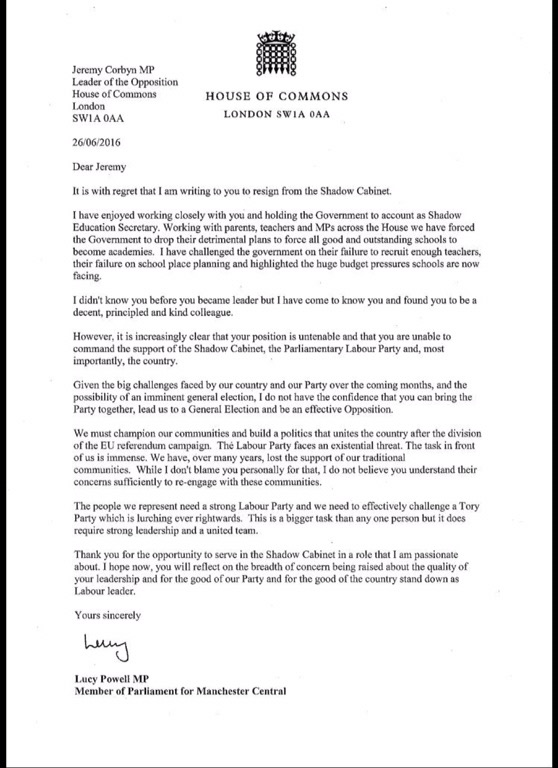 In her resignation letter which she published on Twitter she told the Labour leader tha it had become increasingly clear that his position has become untenable and that he can no longer command the support of the shadow cabinet, the Parliamentary Party and more importantly the Country.

Meanwhile MP for Leigh and candidate for Manchester Mayor Andy Burnham has urged the party not to descend into civil war. Writing also on Twitter, he says that at an uncertain time like this for our country, I cannot see how it makes sense for the Opposition to plunge itself into a civil war, adding

“I have never taken part in a coup against any Leader of the Labour Party and I am not going to start now. is for our members to decide who leads our Party & 10 months ago they gave Jeremy Corbyn a resounding mandate. I respect that & them.”

Mission possible: How Greater Manchester can reach net zero before the rest of the...