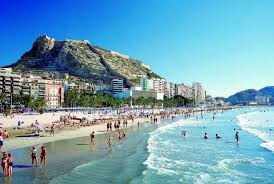 Vueling Airlines has announced it will launch two new routes from Manchester Airport for summer 2016.  Part of International Airlines Group (IAG), Vueling will offer direct services to Alicante and Rome from June 2016.

The Spanish low cost airline will operate three flights a week to Alicante and two flights a week to Rome in addition to their existing service to Barcelona, which started in June 2015. Flights to Alicante will operate on Tuesday, Friday and Sunday with flights to Rome on Friday and Monday.
The routes will be operated by an Airbus A320, with capacity for 180 passengers. Tickets for flights on these routes can now be booked on the Vueling.com website or through the mobile app. One way fares start from £55 for flights to Alicante and £58 to Rome.
Ken O’Toole, Managing Director for Manchester Airport, said: “We’re delighted that Vueling Airlines has chosen to expand its route network from Manchester Airport.
“Alicante and Rome are popular destinations with our 22.9 million passengers and these additional services reinforce our status as the UK’s Global Gateway for the North of England.”
Gabriel Schmilovich, Network Planning, Scheduling and Slots Manager at Vueling, said: “We are very pleased to announce the new routes to Rome and Alicante. With these additions, Vueling passengers from Manchester will have the opportunity to fly to more than 140 destinations across Europe connecting via our hubs in Barcelona and Rome Fiumicino.”

Forming global links to remember the fallen of Manchester