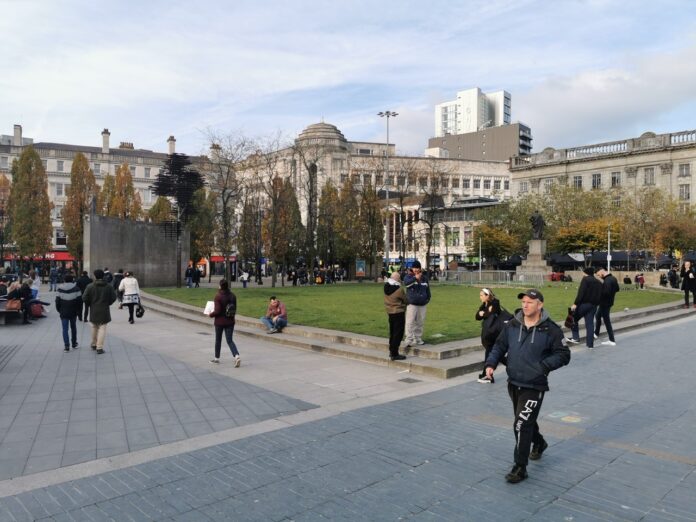 pandemic has not led to mass unemployment as many feared, but has instead driven wider shifts that have increased employment among younger women, but pushed many men and older workers out of the labour market altogether, according to new research published today (Tuesday).

Begin again? – the eighth report for The Economy 2030 Inquiry, a collaboration between the Resolution Foundation and the Centre for Economic Performance at the London School of Economics, funded by the Nuffield Foundation – assesses the emerging structural changes that the pandemic has had on the labour market.

Thanks to unprecedented policy support, the UK is not facing the mass unemployment that many feared would materialise at the start of the pandemic.

Instead, the report finds that the pandemic has driven major changes in labour market participation. Overall falls in participation are in stark contrast to the rises seen in past recessions, and reflect participation increases for some groups, but bigger falls for others.

Overall, the number of people who are economically inactive – that is, not working or looking for work – has increased by 586,000 since the start of the crisis. This is much larger than estimates of the fall in the number of migrants living in the UK caused by the pandemic, something that has been blamed for reported labour shortages in some sectors.

The report finds that workforce participation has fallen by 1.2 percentage points among 55-64-year-olds since mid-2019 – a bigger fall than in any other recession over the past 40 years. This fall also bucks the trend of the decade prior to the crisis, where those aged over 50 accounted for 88 per cent of the increase in the labour force.

Younger men have also left the workforce during the crisis. Participation among men aged 25-34 has fallen by 1.6 percentage points over the past two years.

In stark contrast the pandemic has seen an increase in labour force participation among women, whose participation rate has increased by 0.4 percentage points. This builds on the pre-crisis trend and means that women now make up 48 per cent of the workforce, compared to 44 per cent in 1992. There has also been a shift of about half a million women from working part-time to full-time since the pandemic began.

Second earners increasing their hours or entering work to offset a partners’ loss of work. The report finds that one-in-seven (15 per cent) workers, whose partner was furloughed and received less than full pay, had entered work or increased their working hours. This compares to one-in-ten (9 per cent) of those whose partner was furloughed on full pay.

Remote working. One-in-ten mothers who are part of a couple said that remote working had enabled them to enter work or increase their hours, compared to one-in-twenty coupled fathers and women without children.

The report adds that the rise of remote and hybrid working – with some hours worked in the office, and some at home – during the crisis will lead to wider changes. It has enabled people to search more broadly for work – with 7 per cent of workers saying that it has enabled them to look for work in new locations, and 6 per cent saying that it has allowed them to look for different types of jobs.

The growth of hybrid working could be here to stay too, says the Foundation, as workers say they would ideally like to spend around one tenth (8 per cent) more of their working time at home than reported in October 2021.

The report however cautions that this hybrid working revolution is by no means universal. Less than a third of the lowest-paid workers and the oldest, aged 55-65 workers expect to take part in in this new working model, compared to almost two-thirds of the highest-paid workers and those living in London.

And while everybody is focused on the lifestyle changes for professionals, the longer-lasting impact of homeworking will be disruption for lower earners, who will need to find new jobs in new places as demand shifts.

“When the Covid-19 crisis hit, many worried about the risk of mass unemployment as huge swathes of the economy shut down. Unprecedented policy action has staved off this threat. But while unemployment has not risen, our workforce has become smaller, younger and more female.

“The pandemic has seen older workers withdraw from the labour market – and while anxieties about high levels of Covid-19 may understandably put some off from working today, the danger is they find themselves in early retirement tomorrow.

“While younger men have also exited the labour market, more of their female counterparts have joined the workforce. Mothers in particular have increased their hours for a number of reasons, from the need to offset their partner’s loss of earnings, to new opportunities created by remote working.

“We need to bank the benefits of more flexible working patterns in post-pandemic Britain, and avoid the risk of remote workers being turned into second class staff, as we have done with so many part-time workers.”

CAMRA demands clarity for consumers and licensees ahead of reopening