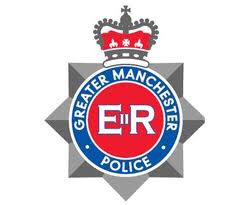 Police have launched a murder enquiry after the body of a man was found at an address in Victoria Square.

A 62-year old man has since been arrested on suspicion of murder and is now being questioned by police.

Police were called to the address shortly before 8pm on Saturday evening by the Ambulance Service.

The body of a man in his fifties had been found with injuries suggesting a serious assault had occurred. Police are now investigating the circumstances surrounding the assault and how the man died.

Detective Chief Inspector Jamie Daniels from GMP’s Serious Crime Division said: “Our thoughts are with the family and friends of this man at this devastating time.

“We are determined to find out how the man died and the circumstances surrounding his death.

“We are now appealing for anyone with any information to contact police to help us give the man’s family the answers they deserve.”

Anyone with any information is asked to contact police on 101 or via the independent charity Crimestoppers on 0800 555 1111.

Meanwhile Police have arrested a man following an attack in Salford where the victim was stabbed over twenty times.

The 23-year-old victim was attacked by three people wearing balaclavas late on Thursday evening  who jumped out of a car and attacked him at the junction of Citrus Way and Mango Place in Pendleton.

They stabbed him more than twenty times, before getting back into the car where a fourth person was waiting and drove them away.

The victim was taken to hospital and, after having surgery, is in a stable condition.

Following a thorough investigation a 21-year-old man was arrested on suspicion of attempted murder in Worsley.

The man is now being questioned by police.

The investigation is still ongoing and police are still appealing for anyone with any information to get in touch as soon as possible.

Empty buildings opened up as overnight shelters for rough sleepers