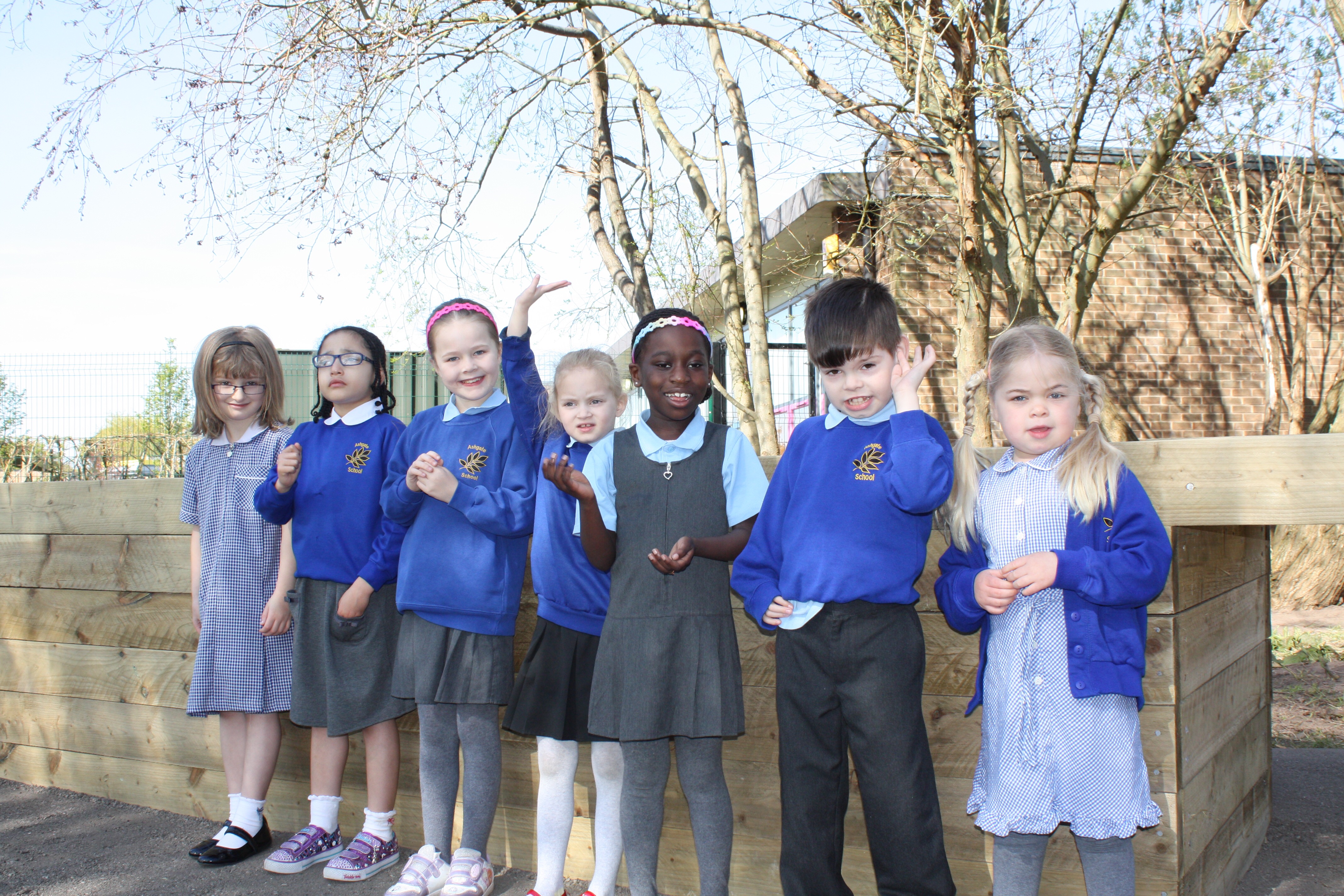 Children from Ashgate Specialist Support Primary School in Wythenshawe will benefit from a new growing area with wheelchair friendly raised beds thanks to help from charity Red Rose Forest and volunteers from the University of Manchester.
A piece of land next to the school’s playground was transformed from an unused, overgrown wasteland into a new growing area for the school with four raised beds.

Charity Red Rose Forest, alongside volunteers from the University of Manchester’s tree musketeers group, worked hard to clear the area of litter, brambles and weeds before implementing a wheelchair accessible path leading from the playground to the newly transformed growing area, with parents also bringing children along to help on the day.
Four raised beds were also constructed; two of which are specially adapted to allow children in wheelchairs to take part in the activities.
Kevin Wigley from Red Rose Forest comments; “The specially-designed raised beds are perfect for those children who use wheelchairs, with the carefully considered height and added shelf allowing them to pot, plant and prune until their heart’s content!

It’s so important that all the children can benefit from outdoor activities and no barriers are in place for those wanting to get involved”.

Debbie O’Brien from the school adds; “Many children with additional needs have issues around food and very limited diets, so growing produce can encourage children to try new tastes, textures and develop tolerances; as well as helping them to increase their knowledge and understanding of where food comes from.

In addition the development of life skills, such as cooking, is essential for our children to achieve independence as adults.

She adds; “We will be growing, carrots, beetroot, salad leaves and greens and look forward to sampling the vegetables that are grown.”

Volunteers from the University of Manchester’s Tree musketeers programme also came down to help create the new growing area.
Set up early 2016, the student-led volunteer force has swelled in members from just ten to over 50, who tackle environmental and community projects across the region.

Emma Gent, Student Co-ordinator for the group comments – “It was so rewarding helping to transform the neglected green space into something that can be a centre for enjoyment and education. We really hope that pupils will reap the benefits of the project in years to come.”

Red Rose Forest is part of a new movement – Manchester City of Trees. Spearheaded by a number of committed partners it aims to plant three million trees in the next two decades – one for each man, woman and children in Greater Manchester; bring 2,000 hectares of unmanaged woodland back to life and connect people to the nature on their doorstep.