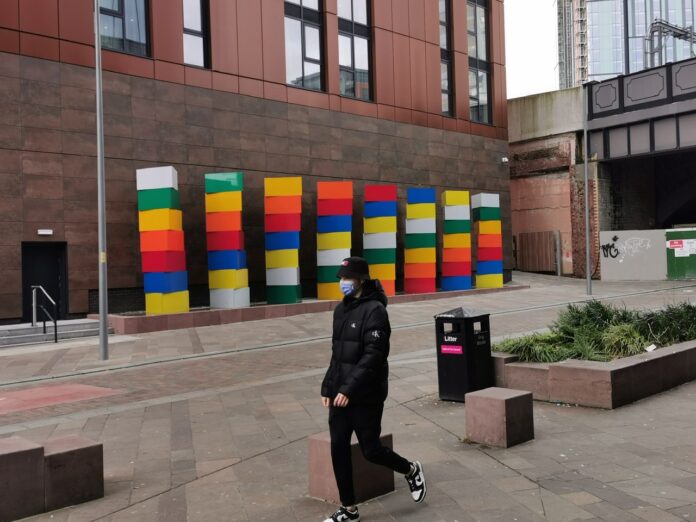 Levelling up requires investment in its major cities on a scale not currently being contemplated, according to a new report out this morning

Incomes Outcomes – published today by the Resolution Foundation examines the scale of Britain’s income gaps between places and how they’ve changed over time, while Bridging the gap – published on Thursday – examines the productivity gaps that lie behind these stark spatial inequalities.

The research shows that Britain’s economic gaps are significant throughout the country. At the extreme, incomes in the UK’s richest area (Kensington & Chelsea) are 4.5 times higher than the poorest area (Nottingham).

These gaps are also persistent, the reports find. Four-fifths of the variation in incomes across local authorities today is explained by the pattern in 1997, with only traditionally poor inner London areas like Hackney and Newham significantly changing their positions.

Contrary to many people’s expectations though, income inequalities haven’t grown.

This lack of overall income change however hides growing gaps in investment and self-employment income, driven by richer households in London and the South East. In contrast, gaps in earnings and employment have shrunk, with the average gap between highest and lowest employment areas of the country having fallen by almost a fifth since 2000.

Just as income gaps across Britain are large, the reports show that so too are productivity gaps.

Productivity of £76,000 per job in London is twice that of Powys and Torbay. This has been driven by the transition from an industrial to a services-based economy, where highly productive economic activity is more geographically concentrated, and by the failure of major cities outside of London to successfully make that transition.

The result is that the productivity gap between London and Manchester (30 per cent) is much higher than that between Paris and Lyon (20 per cent). This contributes to Britain’s big productivity divides, and its weak overall performance.

Raising productivity in the UK’s major cities in the 21st Century is possible and would bring broad benefits, say the authors. Over two-thirds (69 per cent) of the UK population live in cities or their hinterlands, compared to 56 per cent in France and just 40 per cent in Italy.

They add that doing this would require a focus on the drivers of growth in a service economy which have become more important in recent decades – increasing the capital stock, the graduate share, and the size of the local economy.

But such change will not be easy or swift. The research shows that for Manchester to raise its productivity so that its gap with London was almost halved (matching that of Edinburgh), would require change equivalent to tens of billions of pounds of investment, a seven percentage point increase in its graduate share, and increasing the size of Greater Manchester by almost 300,000 workers.

The research concludes that policy makers should aim to raise national growth and close regional gaps by focusing on the major cities outside London, but that the scale of change required goes far beyond anything currently being contemplated.

“Britain is beset by huge economic gaps between different parts of the country, and has been for many decades. While progress has been made in reducing employment gaps, this been offset by a surge in investment income among better-off families in London and the South East.”

“People care about these gaps and want them closed, as does the Government via its ‘levelling up’ strategy. The key to closing these gaps is to boost the productivity of our major cities outside London, which will also lead to stronger growth overall.”

Henry Overman, Professor of Economic Geography at the LSE, said:

“Those looking for Britain’s productivity problems can find them in our under-performing major cities. Addressing this challenge will require Britain to completely turn around its poor record on investment, to take hard-headed decisions on where this investment should be prioritised, and for cities to embrace growth.”

“Addressing geographical inequalities is important, but even wealthy areas of the country can still have some of the highest poverty rates. Alongside efforts to reduce geographical disparities we need action to address other persistent inequalities, for example in relation to age, gender and ethnicity. People everywhere should have a fair opportunity for a healthy life and good access to education, public services and employment opportunities.”