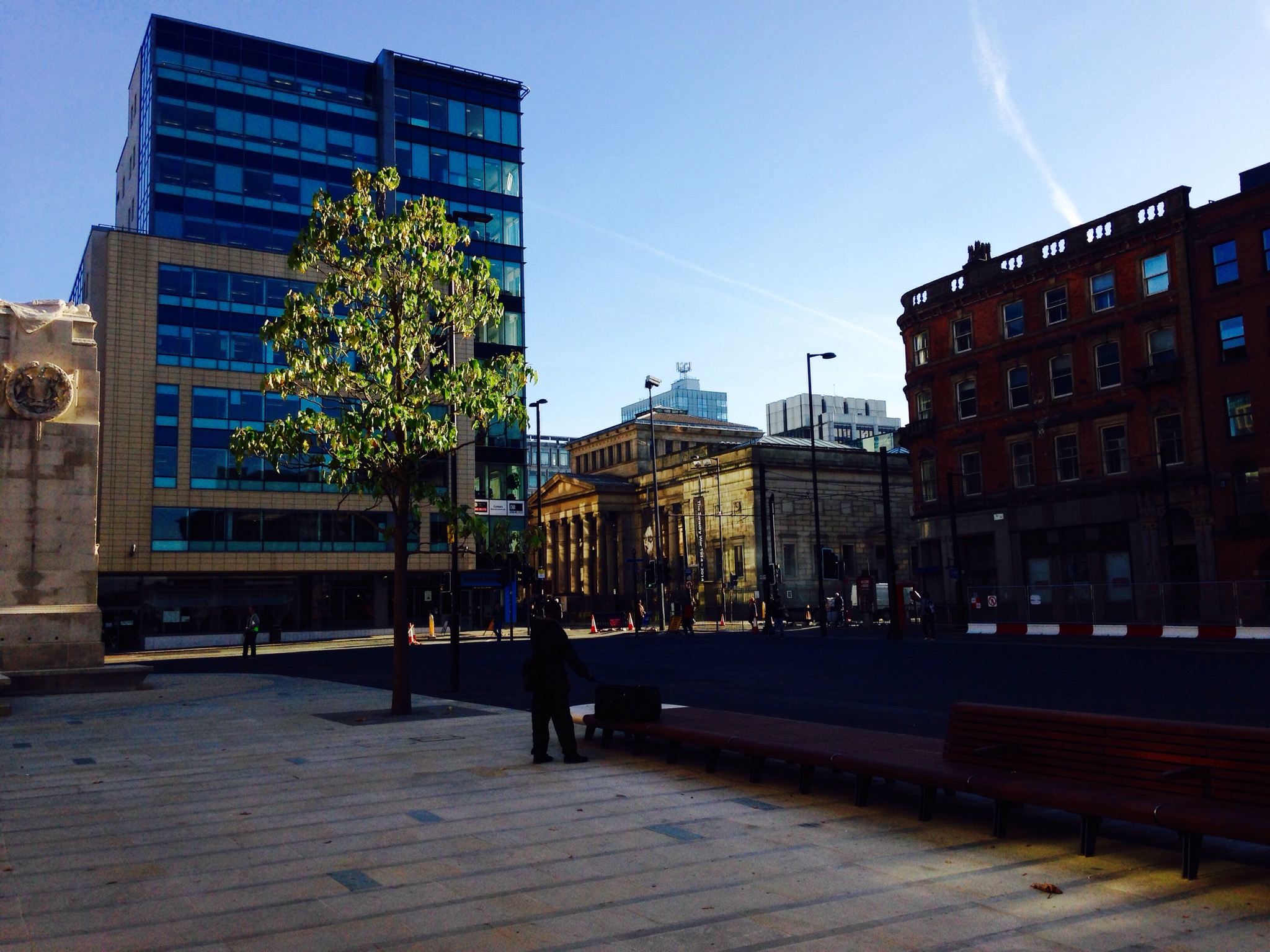 Gosh it is October already, can’t believe how fast this year is going.

Saw a shop at the weekend, which shall remain nameless with its Santa Grotto ready to go.

Great news this week that they have finally opened up ST Peter’s Square.I heard that it was supposed to be open in time for the party conference but despite frantic tarmacing attempts it was late.

The great news is that it has opened up a great view of the library, the bad news is that they will be ripping up the Tarmac next year to put in the new tram lines, so best make the most of it while we can.

I read that Manchester’s hotel occupancy is now back at the levels that it was at before the 2008 recession. Over three quarters of our hotel rooms are now full and with another 2000 rooms on the way over the next few years, you forget just a few years ago, quite how appalling accommodation used to be in the city.

I don’t know if you remember Shirley Baker.She took all those pictures of vanishing Salford and Manchester in the sixties and early seventies. Well she died last week at the age of 82.

I remember that quote she gave to the Guardian

People were turfed out of their homes. Some squatted in old buildings, trying to hang on to the life they knew. They didn’t have much and things were decided for them. A lot of people had dropped through the net and didn’t even know they were entitled to benefits. Some needed help but no one had even heard of a psychiatrist.

It is such as shame about London Road fire station.Bought by a hotel group and left to rot. The council are once again talking about getting a compulsory purchase order to try and turn it into a hotel, yes another hotel, but I wonder what sort of state it will be in when they get their hands on it.it is nearly thirty years since it shut.

And staying on the subject of old buildings, Manchester Town Hall is falling down at least from the inside. They are going to have to spend two million quid to bring it up to standard and there is even talk of them selling it off.

I went down to the Old Granada studios last week to the Buy Art Fair and guess who was busy painting and knitting. Bill Drummond, who used to be in the KLF. He has planned his life out until 2025, touring with his painting, knitting a huge bedspread and making cakes for people.

All that stuff about Mayors and devolution seems to have died down a bit this week as I thought it would. I am still not really sure how it is going to work in Greater Manchester, though I did hear that they are taking about having some sort of unelected bod in the job. I thought we already had one of those in the Town Hall.

Maybe we should be concentrating more on the things that really matter.I was reading a report from the University about the inevitability of food banks in our society. if we can collect all that money for a dogs home, surely we can reach into our pockets for us humans!!!

We are hoping to go to the Library on Saturday night which is being transformed into some sort of space extravaganza. Am looking forward to seeing David Henckel’s ‘The Sun at Night’. It is dynamic utlilising thousands of high-definition images of the sun from NASA’s Solar Dynamics Observatory, compressing one year’s worth of footage of our most precious star into a 30 minute film.

Anyway must sign off now and will write next week

Can You Win Money in Online Casinos in Poland?