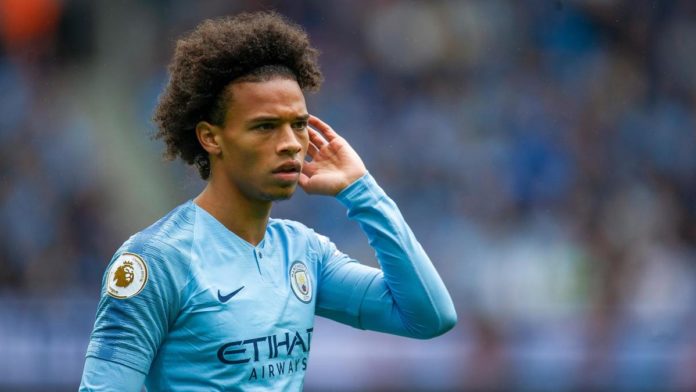 Leroy Sane is at significant risk of becoming a bit part player at Manchester City, and it would come as a major surprise considering that the German has been through his best season – at least statistically – since coming to City in 2016. Since we spoke in surprise, you already know bet365? The 23-year-old was a key figure in the first half of the campaign for City, but he has largely been on the sidelines of late.

Since February, he has only featured in less than half of the Manchester City minutes on the pitch. This is further surprising considering that City have been playing in four different competitions and Guardiola is not the manager to name a consistent starting line-up.

The last 90 minutes of action completed by Sane was against Cardiff City at home at the start of April. This also happens to be his only 90-minute appearance in the last month. So what has gone wrong for the player who seemed instrumental in City’s push for a quadruple this season?

The sheer competition for places in the Manchester City team is a crucial factor that has prevented Sane from being a regular in the last few months.

The 23-year-old had a brilliant run from November to January. Just after October’s international break, Sane came up with 10 goals and nine assists in just 20 matches. February turned out to be a very bad month for the German, who had underwhelming performances in the games against Everton and West Ham. This was a crucial phase, as Sane watched other Manchester City winger’s come into form.

Raheem Sterling has been going through a brilliant run of form and he has been highly effective while playing on the left. Riyad Mahrez has also been able to get a lot of starts, while Bernardo Silva has been able to get himself back from a central midfield position into the role of a winger, where he is more effective.

However, these are not sufficient enough reasons to take away Sane from the starting spot considering the campaign that he has been enjoying so far. Manchester City have been able to get a much better win percentage with Sane in the team rather than without the German. The return of 15 goals and 17 assists far this season for the 23-year-old is his best since coming to City. Sane took 173 minutes for a goal or assist in his first season, and it has dropped to a remarkable 78 minutes for this current campaign.

The absence of Sane may have to do with off the field issues involving Guardiola, who has had a history of punishing players with extended breaks away from the starting line-up. If that is the case, Sane’s only option may be to work harder than ever before. Sane may be away from the first team only on a temporary basis. Even with City out of the Champions League, there is still a large number of matches still left for the club and Sane may eventually find himself back in the first team sooner rather than later.