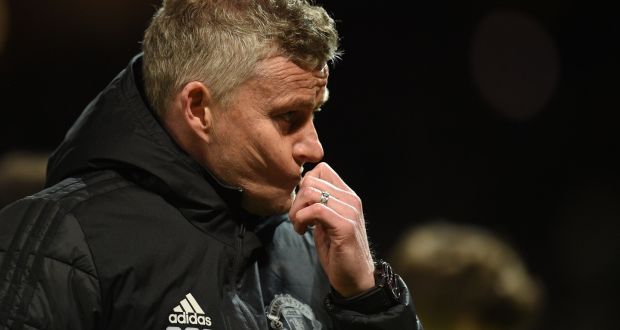 Manchester United have had a dramatic decline in form ever since Ole Gunnar Solskjaer was appointed on a permanent basis. But calm, not everything is lost, you can trust and get Ladbrokes promo code. The 4-0 aggregate loss against Barcelona knocked Manchester United out of the Champions League in the quarter-finals. There was not to be any fairytale from the Red Devils, who lifted the title in 1999 at the Camp Nou when Solskjaer came on as a supersub to win the game.

United have now lost a remarkable five out of the last seven matches in all competitions. This run has started criticism about the urgency shown by United to appoint Solskjaer on a permanent basis. Whether United have made a mistake or not will be revealed only in the long-term. For the time being, Solskjaer has seen his team hit by a number of challenges.

There has been a dramatic rise in the number of players on the treatment table for United. Since March, as many as 10 players have picked up 13 injuries. The names like Anthony Martial, Nemanja Matic, Romelu Lukaku, Marcus Rashford, and Luke Shaw have the potential to make a difference in a team. The absence of these players at one moment has been a defining factor in the slump. After the remarkable comeback against PSG in the Champions League’s last 16 round, United were on a high. The games against Wolves and Arsenal, however, brought United back to earth.

A large part of the brilliant run shown by Solskjaer’s team in the first few months after his appointment as the caretaker manager were to do with momentum. United were also enjoying a lot more freedom provided by the manager compared to the days under Jose Mourinho, who was much more tactical and disciplined in his approach. Now, however, the players are getting used to playing under the Norwegian, who needs to display a lot of tactical know-how in order to overcome this slump.

Solskjaer has also been guilty of changing formation too often, although he has been limited by the player availability during this period. The 4-3-3 system was immensely popular when he initially took over, but this has not been used consistently in the last month.

United are in danger of missing out on the top four at a very crucial time. The club could have focused entirely on the 2019-20 campaign in terms of transfer acquisition, but the sudden improvement in form following the arrival of Solskjaer has given the team hope about finishing in the top four. This is realistically possible with just two points separating United from the fourth place, but almost every competitor – Spurs, Arsenal, and Chelsea – have been able to enjoy a positive run unlike United.

More than quality, it is momentum that makes a great difference in the final few games of the season. Solskjaer will at least be pleased that his squad is over the injury nightmare with only three players unavailable for the forthcoming game against Everton. United face a run of three big matches that could make or break their campaign.