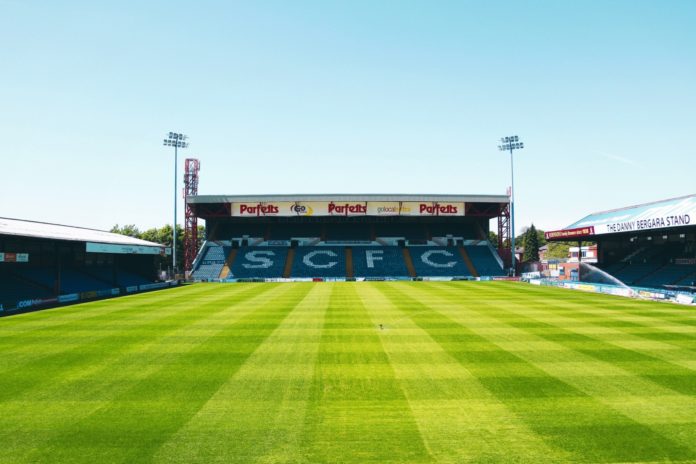 The defeat was a second consecutive one for the Hatters, who, having also lost against Chorley seven days earlier, drop down a couple of places within the play-off positions into seventh in the Conference Premier.

Down one league,Altrincham continued to struggle away from home, with a 2-0 loss to full-time outfit Kidderminster Harriers.An Ashley Chambers double was enough to give the Harriers their first win at home this season.

Curzon Ashton’s dismal run of form continued as Brackley Town swept them aside at Tameside Stadium to inflict a sixth defeat in their last seven games.

James Armson got the ball rolling for the visitors when he knocked them in front after only six minutes and although Curzon dominated possession in the first half, they never seriously troubled the Brackley defence.

Last season’s play-off semi-finalists then put the game beyond the Nash with two quickfire goals in the second half from Thierry Audel and Shane Byrne before Lee Ndlovu sealed a convincing win late on.

In the Bet Victor Northern Premier League, Hyde United dropped to third after a 2-0 defeat at Whitby which took the Seasiders to the top of the League.

FC United are now unbeaten in six games after a goaless draw against Stafford Rangers,both sides had chances to win the match but the Reds rarely troubled goalkeeper Lewis King.

Aaron Smith’s goal on six minutes was enough to relieve some pressure on the relegated Robins.

Radcliffe stay bottom of the table but picked up a point against Warrington, Tyrese Sinclair gave Radcliffe a first half lead, but Tony Gray eqialised for Warrington on the hour mark while first half goals from Tom Bentham and Brad Lynch saw Stalybridge Celtic succumb at new boys Atherton, despite Scott Bakkor’s second half strike.

In the North Division, Droylsden’s unbeaten run of five came to an end with a 4-1 home defeat to Pontefract Colleries.

Mossley gave their most complete performance of the season so far as they deservedly took the points against previously unbeaten League leaders Workington at Seel Park.

Trafford’s Lewis Salmon came off the bench to snatch a brilliant last minute equaliser for  in a hugely entertaining game against Marske after Stephenson had put the visitors ahead with just over twenty minutes left.