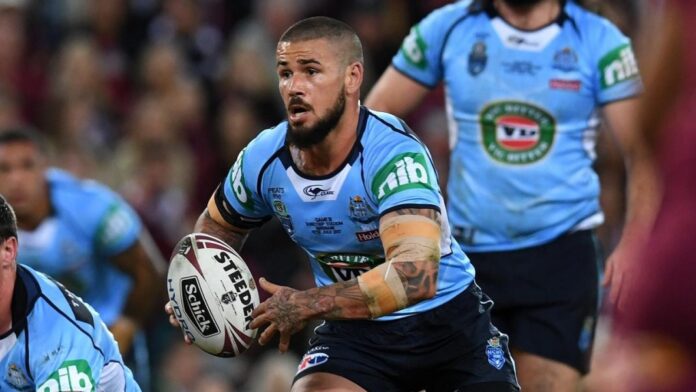 Leigh Centurions have confirmed the signing of the vastly experienced NRL and former State of Origin hooker Nathan Peats.

Peats, 30, has played over 160 NRL games over the past decade and played for New South Wales in all three State of Origin games during the 2017 season.

Leigh Centurions head coach John Duffy said: “Nathan is a recent State of Origin player who brings a wealth of experience and he’s looking forward to joining our club and getting stuck in.

“He will augment the very good squad that we have put together and he will add his own qualities to the group.”

The son of Geordi, a former Canterbury and South Sydney hooker, Peats came up through the juniors at South Sydney, making his NRL debut for the Rabbitohs in a 32-30 win over Manly in April 2011.

He soon became a regular, making 57 appearances over three seasons before joining Parramatta, where he played alongside former Leigh players Fuifui Moimoi and Willie Tonga.

He played 70 games for the Titans, taking his NRL tally to an impressive 163 games (16 tries) and over his career he has also represented the Indigenous All Stars and NSW City.

Leigh Centurions owner Derek Beaumont said: “Nathan is a solid player proven at the highest level and is testament to our commitment to add quality players to our squad.

“It’s important that we are patient and bring not only the right players but the right people. Duffs, his backroom team and the lads have come together to form a great group with a real passion to seize this opportunity presented to us in the Betfred Super League. That was clear to see with the attitude and the performance at St Helens.