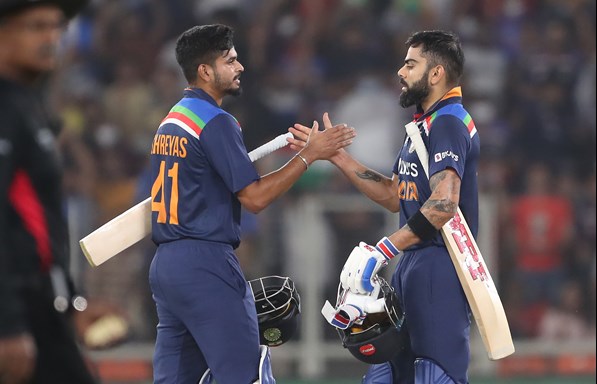 Iyer will arrive at Emirates Old Trafford on Thursday 15 July ahead of the start of the 50 over tournament and will remain with the Red Rose for the duration of the month-long group stage.

The top-order batsman is regarded as one of the most attacking and fluent stroke players in the Indian ranks and has played in 50 One-Day and T20 Internationals for his Country.

26-year-old Iyer is a star name of the Indian Premier League (IPL) and captained Delhi Capitals to the final last year crashing 519 runs – the fourth highest in the tournament – at a strike rate of 123. Following the conclusion of the last IPL, Iyer played in all three matches of India’s ODI series in Australia and is currently part of the ongoing India series against England.

In total, Iyer has scored over 6,000 One-Day runs across his career so far hitting nine centuries. He averages just short of 45 in ODI cricket with eight fifties and a century to his name, since debuting in 2017.