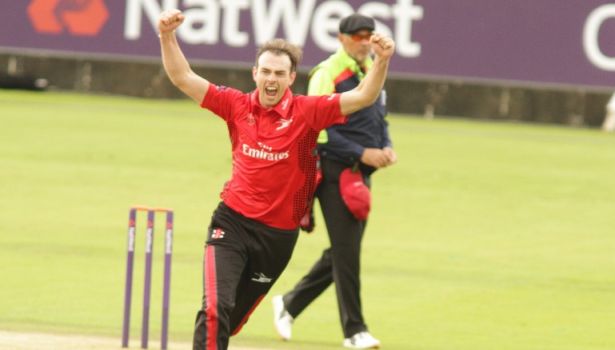 Fifty nine runs from thirty nine balls from Josh Buttler and thirties from Karl Brown, Arron Lilley and Dane Vilas saw Lightening to a crushing victory over Durham Jets in their opening T20 fixture at the Riverside.

After being put into bat, they reached 192-6 off their twenty overs and then restricted the hosts to 140 with only former England player Paul Collingwood’s 48 showing any great defiance to leave the margin of victory 52 runs.

Lancashire’s use of three spinners helping them to stay in control before Collingwood holed out at deep mid-wicket for 48 off Jordan Clark, who finished the best of the bowlers with three for 26.

Earlier the Lightening had not got off to the best start losing Liam Livingston in the second Over without scoring but the  experiment of sending in off-spinner Lilley at No 3 paid off as he added 65 with Karl Brown in just five overs.

Both were out shortly after but that brought into Buttler and Vilas who pummelled the Jets attack in a stand of 91 in ten overs.