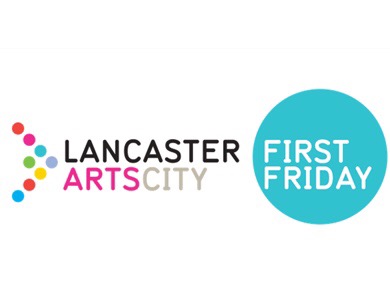 Lancaster’s mini-festival of the arts returns on Friday 5th February with music, arts, dance, film and literature.
Hawkdance will open First Fridays on February 5th with lunchtime previews of their first full-length dance piece: ‘We(SINK)’, inspired by climate change and the struggles of displacement from the recent flooding in the area.

First Fridays, Lancaster’s monthly mini-festival of the arts organised by Lancaster Arts City, returns on 5 February with a full day of music, dance, immersive theatre, literature and workshops taking place in venues across the city. Most events are free and full details can be found at www.artscity.co.uk/whats-on.

Hawkdance choreographer Josh Hawkins has developed the ‘We(SINK)’ work which will appear around the city between 12.30pm-1.30pm next Friday, with help from Lancaster University climate change researcher Andrew Jarvis. Heavily influenced by the recent flooding, he uses recordings of local weather reports as part of the sound for the piece.
Josh says, “I became interested in climate change and migration and how climate change affects people’s movement and displaces them from their homes, whether that’s an emotive thing or an abstract movement thing. So it’s been really fun to get in the studio and play with ideas.”
Elsewhere on Friday afternoon, the ‘Writing What You Know’ workshop will explore the prizes and pitfalls of writing from an autobiographical perspective. This two hour session is a great development opportunity for anyone hoping to use their life experiences to inspire their next piece of writing, and will include a Q&A with Jonathan Harvey, writer of “Beautiful Thing”. Workshop from 3-5pm; Tickets £25 (including an £18.50 ticket to that evening’s performance of I Was a Wife at The Dukes).
February sees the launch of a new First Fridays regular, The Choir Crawl, a series of pop up local choirs and singing groups performing in venues across the city from 5pm. Groups confirmed so far include Lancashire Youth Vocal Ensemble, and Specs Appeal (University Lancaster Music Society Barbershop group).

In the evening, First Friday attendees will be able to choose between music, theatre or film. A unique piece of music and spoken word will take place at ‘Chambers of the Lune’ in Lancaster Priory Church Described as “A river sculpture in words and music”, it includes poetry by Ellie Denvir and music improvising quartet Elephant in the Room. Free but donations welcome, starting at 8pm.

Theatre on offer comes from Sarah Vanhee’s Oblivion, performing in The Storey at 7pm. Part of Lancaster Arts’ Festival of Questions, the piece explores what would happen if everything you had thrown away or discarded in the past year, came back to you. Or at 7.30pm you can catch the Dukes current in-house production ‘I Was a Wife’ written by Polly Lister.

For Comic lovers, The Dukes have a screening of the film ‘Future Shock!’ at 8pm which explores the history of UK Science-Fiction Comic 2000AD, and is followed by a Q&A with a former editor of the comic, Andy Diggle.

Other events during the day include a Bookshop Trail, the opening of the ‘Storey Artists Studio’ gallery at The Storey 6-9pm, a meeting of the North West Literary Salon at 7pm in Waterstones, and two other immersive theatre events at The Storey as part of the Festival of Questions with showings throughout the day: ‘Extraordinary Rendition’ looks at how culture becomes a weapon or war, and ‘Gardens Speak’ considers the gardens of Syria where many activists are buried.

Round off the night with folk music at the Three Mariners, or electro and alternative 80s at The Park, Lancaster, both from 9pm.

Full details of this month’s First Friday can be found online at www.artscity.co.uk/whats-on. Lancaster Arts City is promoted by Lancaster Arts Partnership, a consortium of local arts organisations including the Dukes, More Music, Live at LICA and Ludus, working together to promote excellent arts activity in the district.

Always look on the bright side of life