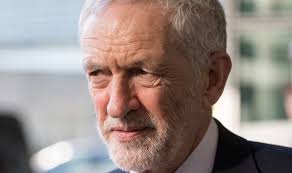 Jeremy Corbyn will tell a meeting of Labour’s Parliamentary Labour Party this evening that the party will also back the Cooper-Letwin amendment to take ‘No Deal’ off the table and announce that Labour will also put forward or support an amendment in favour of a public vote to prevent a damaging Tory Brexit.

The party’s five demands for a Brexit deal include a permanent and comprehensive customs union with the EU, as well as close alignment with the Single Market underpinned by shared institutions and obligations.

The Labour leader accused the Prime Minister of recklessly running down the clock, in an attempt to force MPs to choose between her botched deal and a disastrous No Deal. “We cannot and will not accept.” he told Labour MP’s adding that

“We will also be backing the Cooper-Letwin amendment to rule out a No Deal outcome. One way or another, we will do everything in our power to prevent No Deal and oppose a damaging Tory Brexit based on Theresa May’s overwhelmingly rejected deal.”

Labour MP David Lammy, of the People’s Vote campaign, said: “It is welcome news that the Labour party is now, at long last, signalling it will accept the principle of giving the public the final say on Brexit.

“Even if MPs can agree some sort of deal, it would be wrong to force it on the British people when we now know so many of the promises made in 2016 have been broken and any deal will be worse than the one we’ve already got inside the EU.

“These are dangerous times for the Labour party and our country. Jeremy Corbyn is today taking the first step to reunite our party by showing he is listening to our voters and members on this, the biggest issue of our time.”