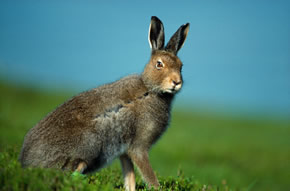 Labour will announce today  additional police resources to support plans laid out in the most radical animal welfare plan anywhere in the world.

Wildlife offences include hare coursing, which has emerged as a significant problem across farmlands, and acts outlawed by Labour’s 2004 Hunting Act, like fox hunting and stag hunting. Other wildlife crime offences include badger and raptor baiting. Prosecutions in England and Wales for crimes like baiting, poaching and hunting have plummeted by a third since 2016.

Working in partnership with regional organised crime units, the additional officers will also act as the eyes and ears of other crimes including animal welfare crimes taking place in rural areas, like livestock theft and dog fighting, which are often linked to serious organised crime.

“While the Tories continue with their mass slaughter of badgers and flip flop on bringing back fox hunting, Labour is determined to bring animal welfare policy into the 21st Century, based on the latest science and understanding.

“We are calling time on those who have been allowed to get away with illegally hunting, maiming and killing wild animals such as deer, hen harriers, foxes and hares.

“By increasing the number of wildlife and rural police forces across the country we will help protect both wild animals and property in rural communities, and ensure a crackdown on the types of crimes against animals that this Tory government has turned a blind eye to.

How to Increase a Travel Blogger’s Reach in Instagram

Councillor Kev to stand down