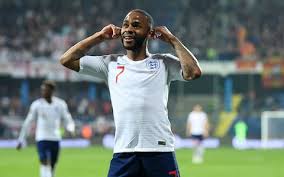 The Labour Party will use an Opposition Day Debate today in the House of Commons to call for tougher action to tackle discrimination in sport.

Labour would like to see a system introduced where offending content on social media is shared with sports governing bodies and clubs to ensure the offender can be banned from matches and sporting events.

Labour MPs will be calling on the government to hold social media companies to account given the unacceptable levels of discrimination that remain in sport.

Racism, sexism and homophobia targeted at players and fans are often left unpunished on social media. It affects athletes of all levels, across the country.

Labour recognises the work done by governing bodies, clubs and supporters’ groups across all sports to combat discrimination and encourages these organisations to work with fans to stamp out the behaviour of a minority of supporters.

“Parliament has a responsibility to send a strong message that we need to combat discrimination across all sports. This is an important debate because right now, our national sport is being ruined by racists, sexists and homophobes.

“The comments being made on Twitter would be indefensible in a court of law, indefensible in front of an employer, and yet they are going unpunished on social media. We want social media companies to have a responsibility to remove hate speech within 24 hours or face serious fines that hit their bottom line.

“There is no greater unifier in the world than sport, so we want Parliament to send a clear message today, that discrimination in sport must no longer be tolerated.”

Manchester City forward Raheem Sterling says boycotting social media and wearing T-shirts is “not enough” to combat racism and there must be “harder punishments”.

Kellogg’s donate food to fill the holiday gap in Manchester

Take a break from wine o’clock

Van Dyck’s Final self portrait is coming to Manchester